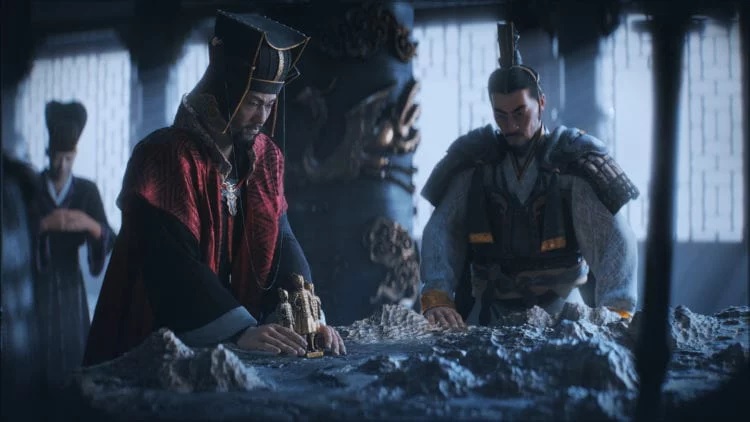 How to Become Emperor in Total War Three Kingdoms

No matter who you play, Total War Three Kingdoms starts you out as a noble, tasking you to rise through the ranks and make a bid to become emperor. Before you can declare yourself, you’ll need to gain enough prestige to become king.

The prestige point system is pretty straightforward as far as leveling systems go, requiring your faction leader to win battles, complete specific missions, create buildings and bases, and capture settlements. In order to do all of this, you’ll need to amass power, building your one army into a militia.

Proper money management is vital to building your army, as characters and units cost money to recruit and maintain. Keeping track of the incoming vs outgoing income is the difference between winning and losing, as you’ll never be able to keep your troops happy and strong if you’re in debt.

Alongside money, food reserves need to be kept in friendly territories. If they aren’t, then the army won’t have proper supplies to fight, causing attrition when in enemy territory, damaging units.

How to Get More Territories

Once you’ve started amassing power, you’ll have a few different options for capturing areas and furthering your reign. The first is diplomacy.

Through diplomacy, you simply need to talk your way into gaining a new ally. This can be done if a faction leader fears or simply likes you.

On top of this, there is also an option to trade for a commandery of their own. The main caveat is that it must be a county that borders both of your territories.

The next, and the most obvious, answer is that you can simply conquer them. Doing so will require you to not only win the battle but also transition settlements from occupied to fully accepting your rule. While this may take a few turns, overcoming the negative faction support requires occupation in order to quell rebellions and win the area over.

Now that you’ve continually gained areas and power, you need to build on them, literally. Continue to build infrastructure throughout your territories in order to increase food supplies, money, and other important resources that are necessary to keep your army going.

Be sure to keep your army’s supporting characters satisfied too. These statesmen are the established figures that make up the higher ranks your faction. You’ll need to keep them happy and loyal to maintain your standing.

If characters become unhappy, they will leave for another faction. Satisfaction levels can be tracked, highlighting negative factors, allowing you to avoid doing them so it doesn’t hurt their satisfaction.

It is important to remember that you can track all of your progress, info, and reserves in each of the summary screens located throughout the top part of the game.

Once the first three faction leaders in a campaign reach the rank of king, they’ll each declare themselves as emperors. If you are one of the three, you’ll need to fight for your claim.

Capturing any of the other two emperor’s capital cities will cause them to admit defeat, deferring to you, withdrawing their claim. Doing this to both leaders will win you the campaign, making you the emperor.

Note that if you don’t manage to be one of the first three, you can still capture one of their capital cities and take their place. This just takes a little bit longer than the other method.

That is everything you need to know about how to become emperor in Total War Three Kingdoms. For more tips, helpful guides, and info, make sure to search Twinfinite.