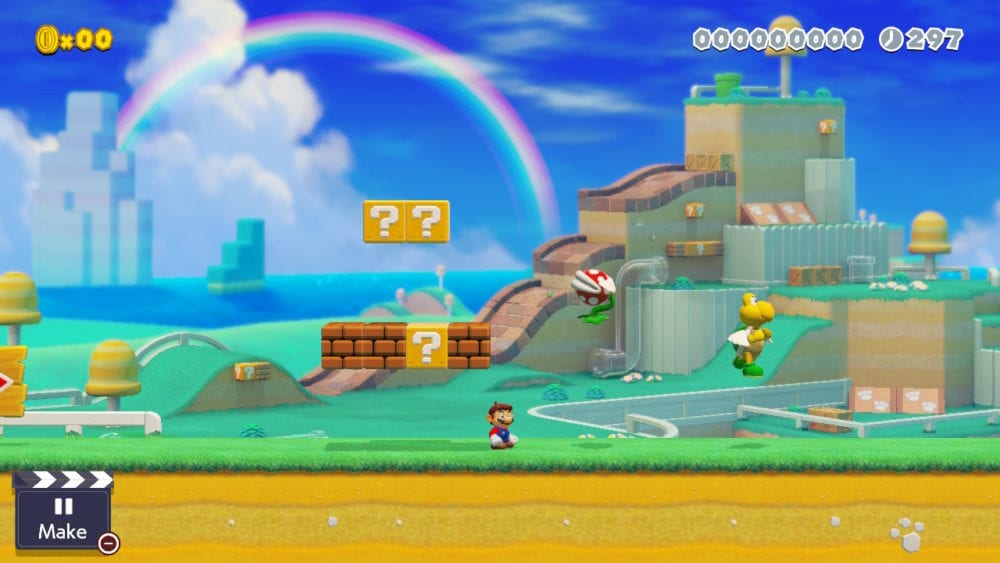 How to Create Flying Enemies in Super Mario Maker 2

There are a few different options to choose from when you’re creating flying enemies in Super Mario Maker 2. There are Wings, the Koopa Clown Car, and Parachutes. That last one is not technically flying, but it still keeps enemies airborne, which still helps to mix up your platforming strategies.

The wings are the easiest way to help Bowser’s baddies get some air in Super Mario Maker 2. Giving Mario’s enemies the ability to fly will make their movement a bit less predictable than when they’re just trotting around on land.

To give them the gift of flight, just drag some wings onto an enemy and they’ll be off to the skies.

This flying machine of terror will let your enemies take to the skies in a ship made for a king. Bowser used to be the sole proprietor of the Koopa Clown Car, but now just about any enemy can hop in there.

This diabolical contraption will be familiar to anybody who has played the Mario games since the Super Nintendo. But, what truly sets the Clown Car apart in Super Mario Maker 2 is the option to upgrade it to the fire-launching version. This game makes doing so much easier by letting you choose alternate versions of an asset straight from the menu.

All you need to do is drag an enemy into the Koopa Clown Car to give it the unmatched air superiority.

This is like a less intimidating version of the Koopa Clown Car. It functions the same way and you add enemies to it in the same manner. The biggest difference is that once Mario jumps in it, the cloud will dissipate after a few seconds. However, cloud-riding enemies on Lakitu clouds will remain on them until they’re knocked out by Mario.

If you’re not completely evil, but you still want to give people a little deviation from the norm, then give enemies some parachutes.

Just like the wings, it’s as simple as dragging the parachute onto the enemy of your choice and then they’ll harmlessly fall to the ground. If you still want to be a little devilish, you can set them up as temporary platforms over a massive pit.

That’s all there is to know about creating flying enemies in Super Mario Maker 2. If you’re interested in more vehicular modes of transportation like the Koopa Clown Car, then check out our guide on placing enemies in vehicles, or search for Twinfinite.