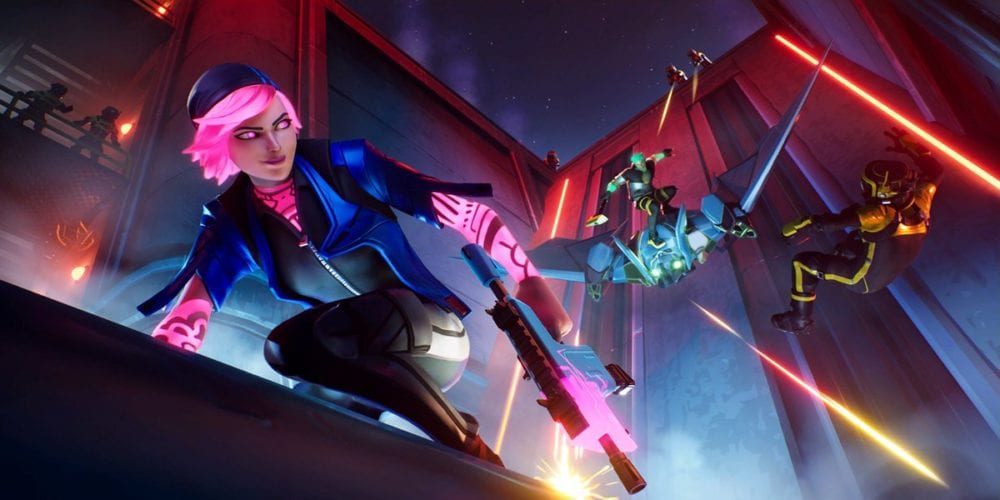 Here’s where you can find out the location of the Secret Battle Star from Season 9 Week 7 for the Fortnite “Utopia” Challenge. This guide will include the exact location of the battle star, the loading screen which includes tips to the location, and everything else you need to know to get it.

The week 7 loading screen can be seen below, and shows off a number of the new skins from the season duking it out at a rather familiar named location. For those of you that haven’t pieced together where this is, it’s Pressure Plant.

Specifically, just south of the main ‘crater’ section itself. The large slanted wall is the telltale sign here, and just off to the left is the secret battle star.

As you can see from our marked map above, you want to head to Pressure Plant for this secret battle star.

If you’ve taken a look at the week 7 loading screen, which we’ve included above, you can see the large wall that’s set back from the rest, as well as the staircase just over to one side. You’ll see how this matches up in our screenshots further down in a second.

How to Get Fortnite Week 7 Secret Battle Star

Once you’ve landed at this named location, you want to look out for the large, slanted wall next to a staircase as we previously mentioned. In our screenshot below, you can see both the staircase and the aforementioned slanty wall.

To get your hands on the secret battle star, you want to basically aim for where our reticle is in the screenshot.

To be clear, this is just underneath the second staircase platform on the right-hand side if you’re counting them down from the top. In other words, run up the set of stairs leading you to the staircase, and then build a ramp up to where that notch in the wall is.

You can see how we’ve done it in our screenshot below.

Once you’ve got here and completed all of the week 7 challenges, the battle star will appear and you can collect it as you would any other.

That’s everything you need to know to get the week 7 secret battle star in Fortnite Season 9. You can find guides on how to get the secret stars for weeks’ one, three, and five below. For more on the weekly challenges and Fortbytes this season, check out our Season 9 guide wiki.