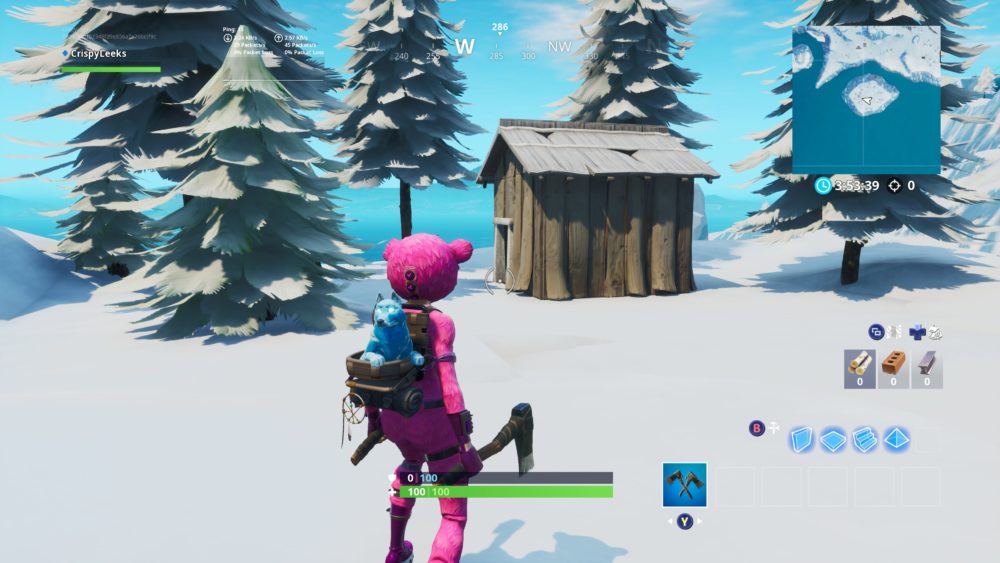 Fortbyte 26 is one of the latest collectibles to show up on the Fortnite map in Season 9. As has been the case with most others, players will need to complete a specific challenge in order to get it. Fortbyte 26 is ‘Accessible with the Bunker Jonesy outfit near a Snowy Bunker.’ If you’re struggling to figure out where to go and how to get it, we’re here to help you out.

There are likely a few different things you want to know how to do in order to get Fortbyte 26, so we’ll run you through each bit step-by-step. First off, you’ll need to get the Bunker Jonesy skin, otherwise, this Fortbyte simply won’t appear, even if you go to the correct location.

How to Get Bunker Jonesy Skin

The Bunker Jonesy skin is part of the paid Battle Pass, in Season 9, and you’ll need to reach Tier 23 in order to unlock it. You’ll also get a set of challenges upon unlocking him, too.

Upon unlocking him, simply head to the Locker tab from within the Battle Royale mode in Fortnite and change your outfit to Bunker Jonesy. Now you’re all set to hop into a game.

Snowy Bunker Location & Where to Go for Fortbyte 26 in Fortnite

The snowy bunker we’re looking for is, obviously, in the snow biome located in the southwest section of Fortnite’s map. However, in order to track down this bunker specifically, you’re going to want to head to the island just southwest of Happy Hamlet.

No, not the one you visited as Sentinel for Fortbyte 72, but the one just to the east of that. Check out our map screenshot below.

Once you’ve landed here, you’ll be able to spot the vent to the snowy bunker, but you’re not wanting to head inside to track down Fortbyte 26.

Instead, you want to look out for a shack tucked away in a bunch of trees. It’s inside here that you’ll find Fortbyte 26 waiting for you. It’s even chilling out on a mattress in the corner of the shack right next to the chest in there.

As always, walk on over to it, and press Square on PS4, X on Xbox One, Y on Nintendo Switch, and E on PC to interact with and collect Fortbyte 26.

That’s yet another one of the Fortbytes collected in Fortnite Season 9. And yes, we’re aware we aren’t wearing the Bunker Jonesy skin in the image above, but we led you to the correct place by the snowy bunker all the same!

That’s everything you need to know to track down Fortbyte 26’s location by heading to a snowy bunker as Bunker Jonesy in Fortnite. For more tips, tricks, and guides on everything Fortnite Season 9, be sure to check out our ever-expanding guide wiki. We’ve also included some handy week 4 guides down below in case you’re still playing catch-up.