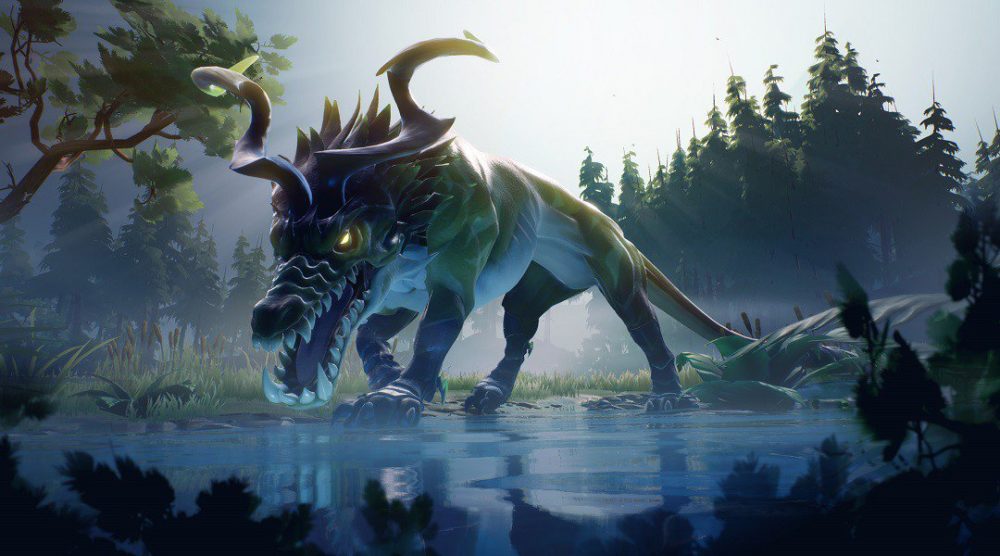 Dauntless recently released on consoles and have been teaming up to slay the terrifying behemoths of the world. Crafting bigger and better armor is key to successfully killing the harder behemoths of the game. Gaining crafting materials comes from slaying or breaking off the tails and horns fo the beasts during the fight. Here is how to get the Icy Frostback Scale and what it’s used for.

The Icy Frostback scale is obtained from killing the Frostback Pangar. This Behemoth has a threat level of 11, which means it won’t be encountered until much later in the game.

It will take some serious grinding to gain armor and weapons strong enough to go toe to toe with this Behemoth. It will require a power level of 375 to even be able to put up a good fight against it.

After killing the Frostback Pangar, the Icy Frostback Scale has a chance to drop. You will probably need to slay this monster a few times to be able to craft a full set of gear and weapons.

After that, you will need to keep defeating it to gain enough materials to upgrade your equipment.

The Icy Frostback Scale is used from crafting the specific set of Frostback Pangar armor and weapons. Eventually, you will fight the heroic version of this behemoth which will allow you to further upgrade your gear to its most powerful state.

To have the best chance of defeating the Frostback Pangar good team communication and preparation should be your top priority. We’ve listed all of the weapons and armour that require the Icy Frostback Scale in crafting or upgrading down below.

Well, that’s everything you need to know about how to get the Icy Frostback scale and what it’s used for. If you want more tips, tricks, and guides, be sure to check out Twinfinite. You can read our review on the game right here as well.

Also, here are some other Dauntless guides to get you started: