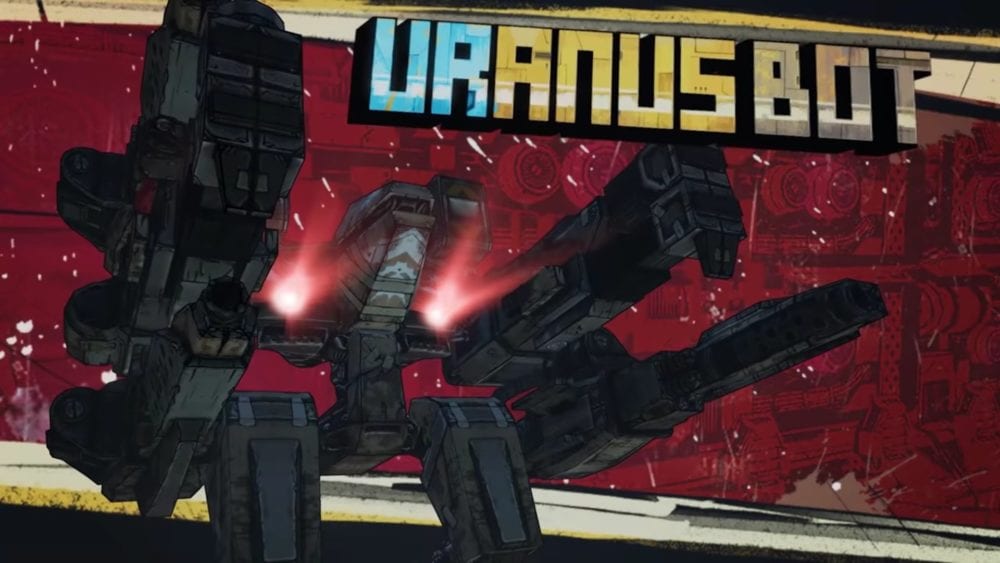 It’s E3 week and Borderlands 2 has gained a new lease on life with the release of the Commander Lilith and Fight for Sanctuary DLC. Here’s where to find Uranus and farm Effervescent weapons fast in Borderlands 2.

Uranus is one of the main bosses you’ll be facing in the new Borderlands 2 DLC, and he just so happens to be one of the best enemies to fight if you’re looking to farm new weapons and mods.

About midway through the campaign, you’ll receive a new quest from Tiny Tina that tasks you with fighting Uranus, which is a large robotic enemy that can spawn adds in the middle of the battle.

The nice thing about Uranus Bot is that he has two weak points to the sides of his head, which means that you can deal a large amount of damage very quickly, and take him down efficiently. If you have weapons that can deal DoT damage, the fight will go by even quicker.

If you do find yourself in danger, you can always take out the smaller robots for the Second Wind revival and get back up again.

Farming Effervescent Weapons in Borderlands 2: Commander Lilith and the Fight for Sanctuary

Because Uranus Bot is one of the easiest and most efficient enemies to farm in the new Borderlands 2 DLC, this makes him an ideal candidate for gear farming, especially with his high drop rates for Pearls and legendary loot.

Uranus is located in the Helios Fallen area, and since there’s an orange fast travel point right outside of the boss arena, this means that you can get to him easily and farm him repeatedly.

All you have to do is make sure that you actually complete the quest for Tiny Tina, and go back to the Back Burner to turn it in. Once you’ve done that, head back to Helios Fallen and tag the fast travel point. Now, you’ll be able to save and quit your game and return to that checkpoint when you load back in, placing you right outside the Uranus Bot arena.

Each time you defeat Uranus Bot in Borderlands 2, you’re rewarded with an insane amount of loot, including legendary drops. However, if you play on Ultimate Vault Hunter mode, you’ll get pearls, along with a chance to get the new Effervescent tier weapons, newly introduced in the Fight for Sanctuary DLC.

That’s all you need to know about how to find Uranus Bot and farm him for Effervescent weapons in Borderlands 2. Be sure to search for Twinfinite for more tips and information on the game. We’ve also got handy guides for how to start Commander Lilith and the Fight for Sanctuary DLC, as well as a rundown on how to get effervescent weapons and what they do.