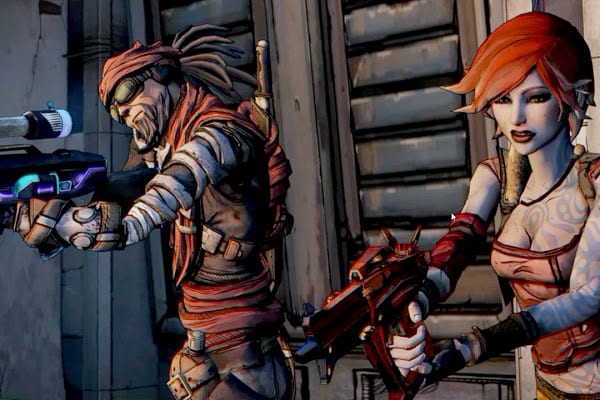 Gearbox Software has just dropped a new piece of DLC for Borderlands 2, titled Commander Lilith and the Fight for Sanctuary. Here’s how to beat Haderax the Invincible in Borderlands 2.

How to Beat Haderax the Invincible in Borderlands 2

The reason why players are having so much trouble with this fight is the fact that Haderax has the ability to self-heal, and it can definitely out-heal any damage you put out, which means that it’ll be literally impossible to kill if you don’t have a strategy.

In addition to that, Haderax has very high movement speed. You’ll need a good strategy to take it down quickly, essentially removing its ability to self-heal.

Going into this fight, you need to coordinate with your team and make sure everyone has a set role. There’s a very basic strategy to this fight in Borderlands 2, and if you can execute it properly, the fight will be over in no time.

The basic idea here is to bait Haderax into performing a slam attack, which would expose its weak point on the back of its head. If you can stun Haderax in the middle of the slam attack, you can also expose another weak point in its mouth, allowing you to deal even more damage.

What you want to do is have one person jump onto the platforms right in front of Haderax when it rises up to bait the slam down attack. Once it starts to telegraph the attack, another teammate needs to be ready to start hitting the weak point on its back.

If you can deal enough damage, you’ll stun Haderax, allowing you to hit the weak point in its mouth, and you should be able to take it down easily as long as you have the right gear loadouts to deal the damage you need.

If you have the Toothpick and Retainer, those speed boosts can really help to avoid Haderax’s attacks while trying to bait the slam attack. The Bee shield is also good to have in the event that you need to clear out the sandworms in the arena.

That’s all you need to know about how to beat Haderax the Invincible in Borderlands 2. Be sure to search for Twinfinite for more tips and information on the game.

Comments
Continue Reading
Related Topics:beat, borderlands 2, Commander Lilith and the Fight for Sanctuary, Guide, haderax the invincible, How to, tips

Fortnite Deadpool Challenges: Where to Find Deadpool’s Letter, Milk Carton, Chimichangas
Rune Factory 4: How to Make Pancakes
FFXIV: How to Get Perdurable Tomestone & What It’s For

The Legend of Heroes: Hajimari no Kiseki Gets Screenshots & Details About the Heroes of Class VII