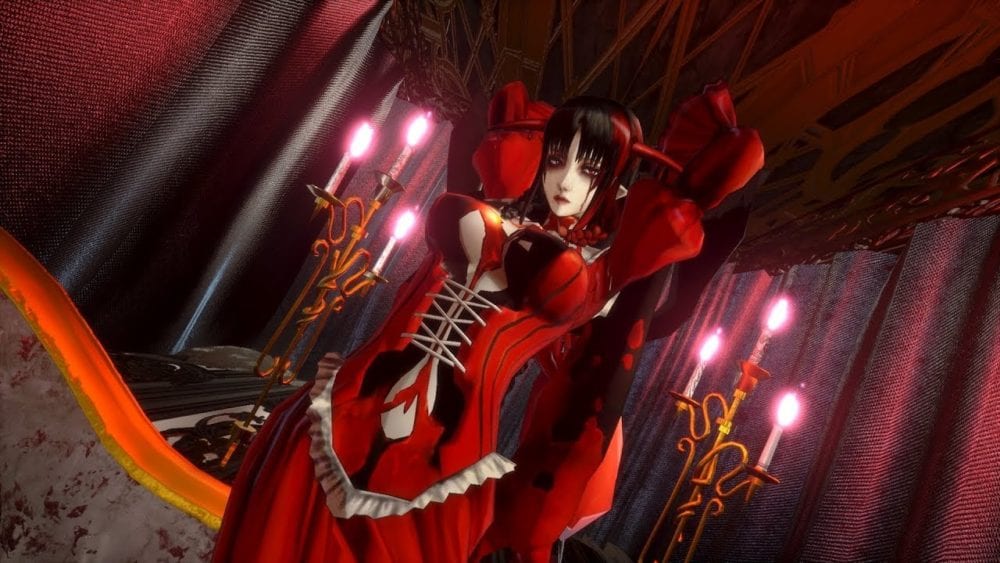 How to Beat Bloodless in Bloodstained Ritual of the Night

Bloodless is the first seriously tough boss you’ll encounter in Bloodstained Ritual of the Night. This can be a pretty long, drawn-out fight, so make sure to bring potions and food items along with you. Ideally, you’ll want to be able to clear the fight without getting hit, but since that’s virtually impossible for first-timers, it’s best to go prepared.

You might also want to consider bringing a familiar with you for extra DPS. The Silver Knight can occasionally block projectiles, which is very helpful, and the Dullahammer Heads are good for extra damage as well.

During the first phase of the fight, Bloodless has just four basic attacks you need to be aware of:

Those are all the attacks you need to know about, and your best windows of opportunity come when avoiding the blood stream, and jumping over her to avoid her umbrella strikes. Do this until you reach the second phase, where she starts sucking all the blood to regain health.

This is why you want to avoid getting hit as much as possible. Each time she hits you, more blood gets generated on the map, which means she can regain even more health. When she’s sucking up all the blood, take this opportunity to keep hitting her with the Heretical Grinder if you have it.

How to Beat Bloodless Phase 2

In the second phase, Bloodless retains all of the moves we outlined previously, with two new attacks.

When she stands still and laughs, she’ll either summon two blood tornadoes, or blood rain. If it’s the blood rain, immediately jump to one of the alcoves in the corners and hide there till the rain stops. If Bloodless tries to smack you with the umbrella, you can jump to avoid them.

If she summons the tornado, you can also take cover in the alcoves. If you’re caught in the middle, avoid them accordingly, and there will be a very small space in between both tornadoes where you can be safe.

Other than that, the fight is basically the same, so just whittle her down till she dies.

Where to Go After Beating Bloodless

After beating Bloodless in Bloodstained Ritual of the Night, you’ll get the Blood Steal Shard.

Now, head to the blood fountain in the Castle, and use the ability. This will allow you to completely drain the blood from the fountain, and give you access to a new section of the Forbidden Underground Passageway to continue the story.

That’s all you need to know about how to beat Bloodless and where to go after beating her in Bloodstained Ritual of the Night. Be sure to search for Twinfinite for more tips and information on the game.