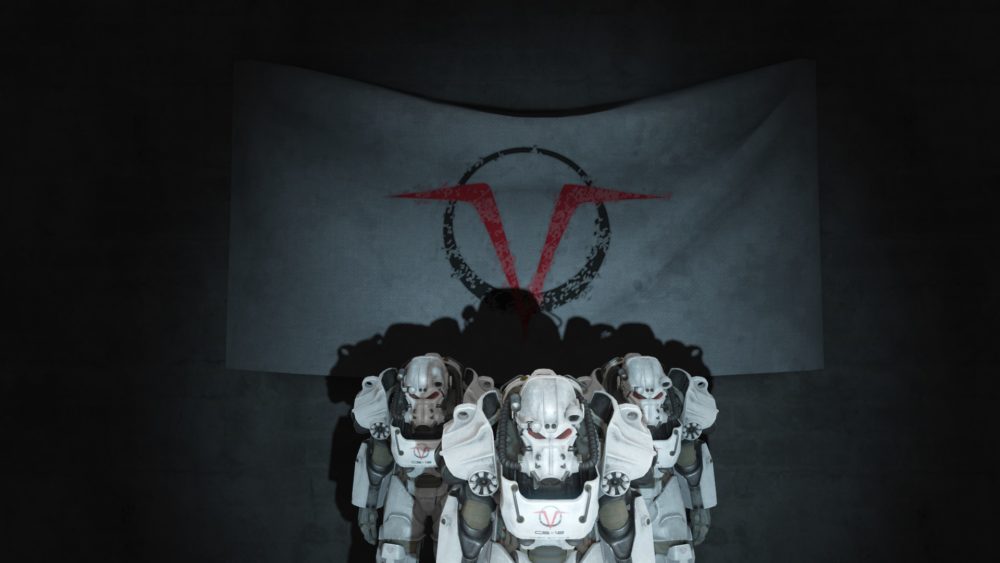 Fallout 4 is an incredibly expansive game —almost infinitely so with mods–, so it’s no surprise that many players use the game for storytelling and role-playing purposes. Stop. Drop Pose hopes to aid these stories and comes with over 190 varied poses for your character.

You can pose standing, sitting, laying down, and even underwater. Most of the poses you can pull off by yourself, but there are a ton of coupley and friendship poses that require more NPCs. Fans of the emotes in Fallout 76 will be happy to know that these have been carried over.

Creator LadyNuka101 is also open to requests, so if you want to strike a pose of a particular variety you can ask by posting a description in the page comments or sending her a DM on Instagram.

No wasteland wanderer would get very far without their Pip-Boy’s glowing green world map to help them out, but what if it was even more useful?

The result is an enhanced world map overview that not only includes crystal clear topography but color-coded markers for all towns, settlements, vaults, and other points of interest along your journey.

There are also markers for unique collectible items like bobbleheads, magazines, and holotapes, which is fantastic if you’re a 100%-er or have a hard time with some of the more difficult to find collectibles.

Be aware though that Pip World Map is only for the main game and doesn’t include Far Harbor or Nuka World maps.

There’s not just one thing that keeps Fallout 4 fans playing long after the main storyline is completed – it’s the sprawling network of side-quests, the chance to explore interesting, potentially terrifying areas, and uncover more secrets of the Commonwealth.

Sector Five – Rise and Fall is a hefty quest-based mod that gives you all these things and more. The compelling story unravels over five acts and has you discover 14 new locations.

It even gives you a brand new player home within those new areas. The quest introduces a new faction, the titular Sector V, complete with fresh textures which you can use on your T60 and X01 power armor.

As well as challenging boss fights the mod also adds new, fully voice-acted characters and a breadcrumb trail of logs and audiotapes that lead you across the Commonwealth.

Are you one of those people that thinks Fallout 4‘s post-apocalyptic Boston setting looks a little too… clean?

If you are then you‘ll enjoy Apocalyptic Commonwealth. The mod was intended to create a more realistic and “lore-friendly” setting for Fallout 4. It’s true that the Commonwealth didn’t get hit as badly as somewhere like Washington DC, but it is still a post-apocalyptic wasteland.

Apocalyptic Commonwealth makes it truly look the part, adding signs of conflict and the wear of time. If it’s ever struck you as odd that there’s little sign of the country being at war when the bombs fell, you’ll appreciate the addition of rusted tanks on the roads and soldier skeletons that can be found at military checkpoints.

In a game that lets you scavenge and build almost anything, those moments where you’re prevented from crafting something you can clearly see in the world around you are more than annoying.

The tiny cabin by Walden Pond is a prime example. You’d think such a simple, wood-based structure would be easy to replicate, but as little more than a reference to author Henry David Thoreau, it’s sadly a one-of-a-kind structure.

Buildable Small Cabins lets you create your own tiny home, with four different variations to choose from. By going into the prefab section of the wood structure menu, you can select from a classic log cabin, planed wood, weathered metal, and brick house.

You can snap a door into the doorways if you choose to add one, then all that’s left to do is fill it with your belongings – at least, the ones that will fit.