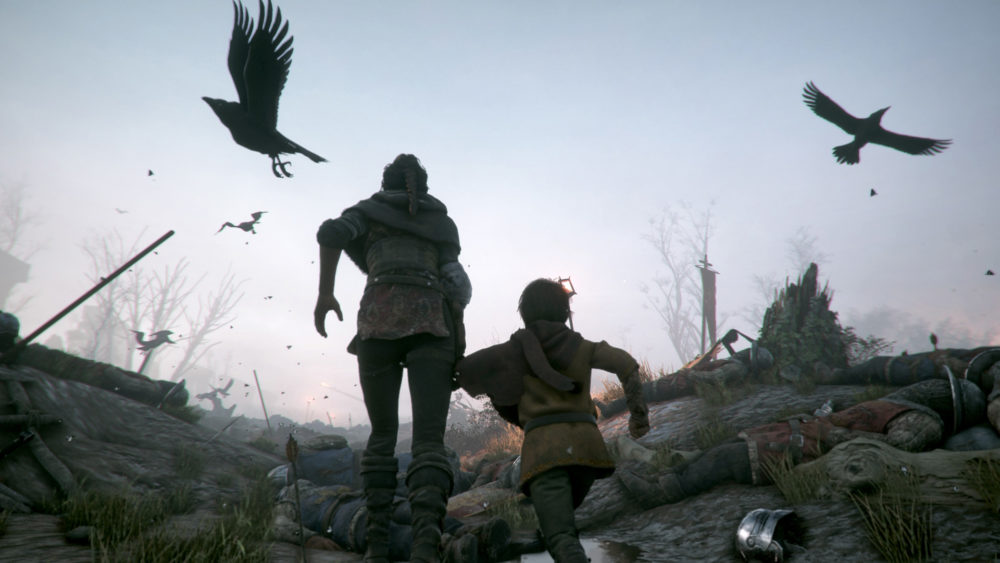 A Plague Tale Innocence is a gripping action-adventure game that follows the story of two siblings, Amicia and Hugo, as they struggle to survive the first part of the Hundred Years’ War and the Black Death. The two must fend for themselves through hiding, fighting, and making difficult choices in order to outrun death itself.

Gameplay revolves around controlling the brother and sister in order to survive puzzles, mostly consisting of sequences that send a horde of murderous rats toward knights that are trying to kill you. Each character has special traits that help with puzzles, with Amicia’s being more active and Hugo’s being passive.

As such, A Plague Tale has some interesting achievements and trophies players will need to scratch and claw their way towards. Here is everything you need to know about how to get the Tribute achievement or trophy in A Plague Tale Innocence.

In order to get the Tribute achievement or trophy in the game, you’ll have to progress all the way up to Chapter 8. At the start of this sequence, you’ll arrive at a castle.

As you head into the castle, you’ll be prompted to follow Hugo. While his path is pretty linear, there is a portion you can divert from following and get him to follow you.

This occurs when you arrive at a stairway leading down. Instead of following Hugo, head down the stairs and Hugo will come to meet you.

At the bottom of the staircase, Amicia and her younger brother find a tomb. Soon after they find it, they’ll exchange a quick bit of dialogue.

As soon as they stop talking, the achievement or trophy for Tribute should pop.

That is everything you need to know about how to get the Tribute trophy or achievement in A Plague Tale Innocence. For more helpful hints to stave off the Black Death and avoid becoming mischief meat, be sure to check out our guides wiki for A Plague Tale or search for Twinfinite.