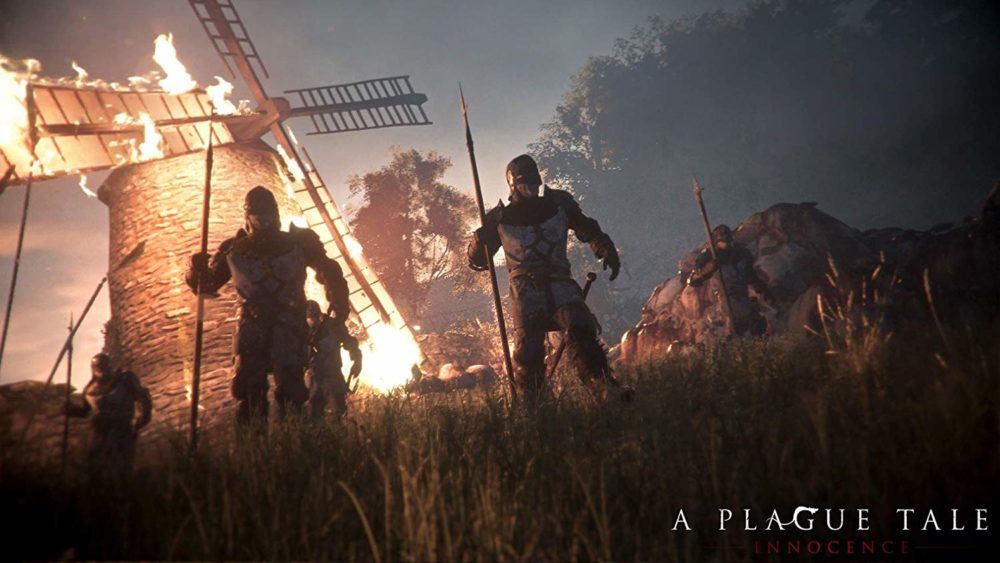 A Plague’s Tale Innocence has arrived and eager players are able to jump into the game’s depressing world of disease, conflict, and rats; lots and lots of nasty angry rats. You’ll face lots of obstacles along the way but one question you might be asking yourself as you try to solve the game’s stealth puzzles is whether you should kill the guards of Plague’s Tale Innocence. Here’s what you need to know.

Should You Try to Kill the Guards?

Along your journey you don’t just have plague-infected rats to worry about. There are antagonistic guards along the way that will make your life difficult.

You are just a child, not some kind of superhuman like in Dishonored. Attacking a fully grown adult that’s trained to kill isn’t an action that you can just do without thinking carefully about it. There are a few scenarios where you should, and shouldn’t try to kill the guards.

If they are blocking your path either to get to critical materials or to progress and there are two fewer guards and they have exposed AKA unarmored heads that you can strike, then sure go for it if you feel up to it. You can use your rock and sling. Under these conditions, killing the guards is something that most players should be able to handle.

Do not try and kill the guards in Plague’s Tale Innocence though if there are more than two hanging around as they will likely overwhelm you. If you’re low on rock and sling ammo, it’s also a bad idea. Finally, if they are fully armored, you’re going to have a bad time, avoid the guards in these scenarios as well.

That’s all you need to know about whether or not you should be killing guards in Plague’s Tale Innocence. While you’re quite a capable child, you’re not a superhero. Be smart and selective about when and where you decide to go on the offensive.