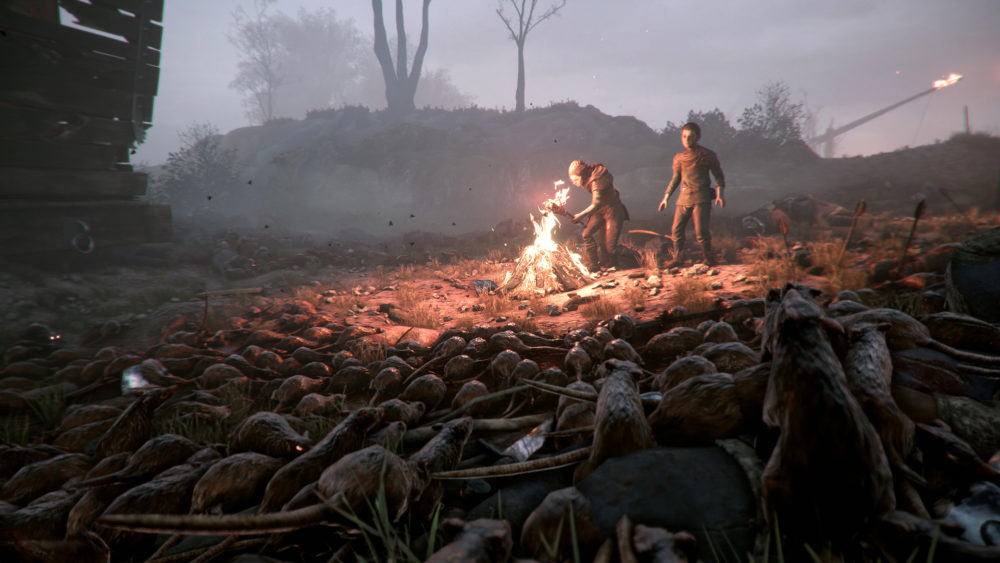 Developed by Asobo Studio and published by Focus Home Interactive, A Plague Tale Innocence is the latest narrative-driven puzzle game releasing on consoles and PC. The game features two sibling protagonists who must work together in order to survive the deadly Bubonic Plague. Here’s what the download and install size is for A Plague Tale Innocence.

What the Download and Install Size Is for Plague Tale Innocence

Full disclosure here: we’ve only got access to the PS4 version of the game at the moment, so we can’t confirm that the install and download size will be the same across all platforms.

However, this should still give you a pretty good idea of how much space you’ll need to clear for the game if you’re planning on getting it digitally.

On PS4, the download and install size for A Plague Tale Innocence is 38.24 GB. The game boasts some pretty amazing visuals and audio, which probably explains why it’s so sizeable.

Again, we don’t have access to the Xbox One version of the game, but we imagine that the install size should be around that 40 GB ballpark as well.

If you’re planning on getting the game on PC via Steam, the system requirements state that you’ll need 50 GB of available space on your hard drive, which is to be expected.

We can’t confirm the exact file size for A Plague Tale Innocence on PC, but if the PS4 version is anything to go by, you can expect the game to take up around 40 GB worth of space on your rig as well.

That’s all you need to know about the download and install size for A Plague Tale Innocence on PS4, Xbox One, and PC. Be sure to check our Plague Tale guide wiki or search for Twinfinite for more tips and information on the game.