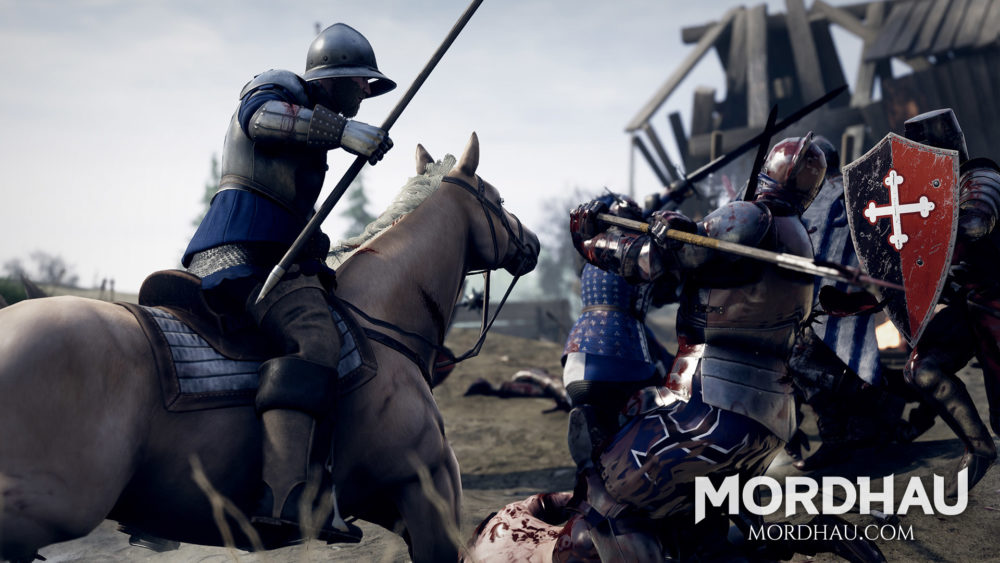 How to Throw Weapons in Mordhau

Mordhau, the medieval multiplayer game, has finally launched on PC and players are jumping into the fun and often wacky combat. You may be wondering about what ways you have to switch up your fighting tactics in the game. Well, here’s everything you need to know about how to throw weapons in Mordhau.

Throwing weapons in the game is actually a little tricky and isn’t just a case of lobbing whatever is in your character’s hand towards an enemy. The actual button for throwing a weapon is simple, but you’re limited as to what can be thrown.

This is due to the alt-grip function in Mordhau. Some weapons, such as Great and Longswords, allow you to change how your character holds them, which gives you different options in battle as you can change a weapon’s range.

However, for some one-handed weapons, that alternate grip isn’t possible, with the button you press to use it being replaced by a throw mechanic.

How to Throw Compatible Weapons in Mordhau

To either change the grip on a weapon, or throw it if that’s the function instead, you simply need to press R. If you’re throwing a weapon, you’ll of course need to be looking in the direction of your target.

Pressing it will see your character chuck it towards an enemy and you’ll have to go over and pick it up again if you want to get back in the fight.

If it’s not working for you, then is likely due to the weapon you’re using being one that changes grip when you press R, and therefore cannot be thrown. If you specifically want to throw something, try and use something like a dagger or another smaller one-handed weapon.

That’s everything you need to know about how to throw weapons in Mordhau. For more tips and tricks on the game, be sure to search for Twinfinite.