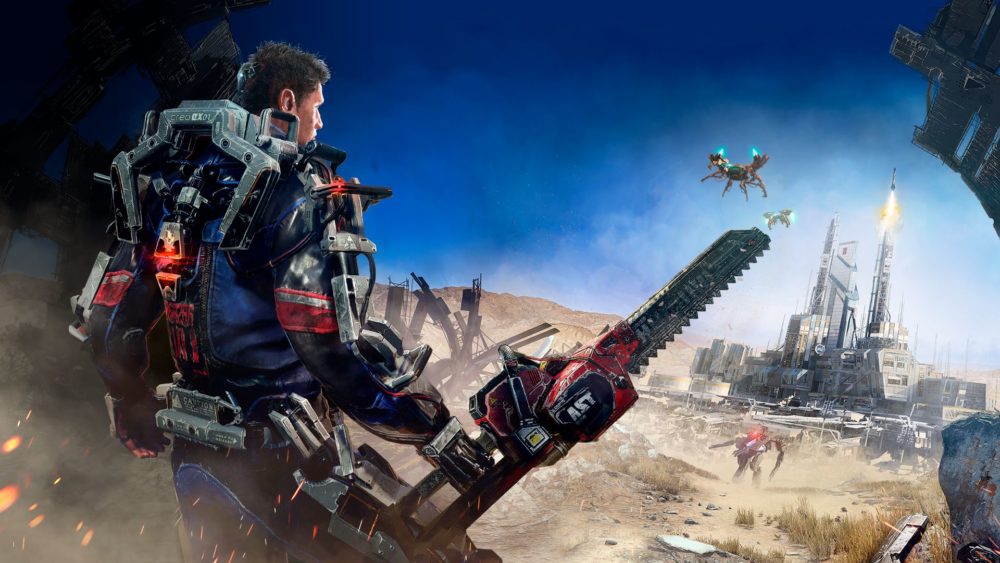 After storming your way through countless enemies in The Surge‘s main story mode, players may be looking for a way to spice up the melee-focused combat. After all, that loot system is mighty satisfying when you slice off enemy arms for slick new components. New Game Plus mode looks to offer players just that. So here’s everything you need to know on how to unlock it and what’s different.

The process of actually unlocking New Game Plus in The Surge is pretty straightforward. All you need to do is beat the game, defeating the final boss and having seen the credits roll. After this happens, you’ll no longer be able to access the New Game option. Instead, it’ll be replaced with New Game Plus. Select this and you’ll be able to take on a tougher challenge.

First off, it needs to be pointed out that The Surge has an almost infinite loop of New Game Plus. Upon completing the story and beating the final boss on New Game +, you’ll then unlock New Game ++, and so on. This continues up past +7, but after a certain point, the difficulty stops scaling up and you’ll be able to defeat enemies with incredible ease.

So what exactly is different?

For starters, New Game Plus scales up versions of enemy placements from the standard playthrough. Tougher foes are placed more frequently and in different locations, making it more difficult to predict what’s lurking around the corner. All enemies have more hit points and deal increased damage across the board, too.

To give players a helping hand, however, they will be able to upgrade their equipment above the previous Mk level cap, enabling them to take and deal out more damage. Broken Lynx gear will also grant Tier VI parts in New Game Plus as opposed to Tier I as it would usually.

You’ll also carry pretty much everything over from your previous playthrough, aside from key items and all Mk 1 – V components you’ve acquired. The Companion Drone and Security Rig functionality also don’t carry over.

That’s everything you need to know on how to unlock new game plus in The Surge and what’s different. For more tips, tricks, and guides, be sure to search for Twinfinite, or check out more of our guides for the game down below.