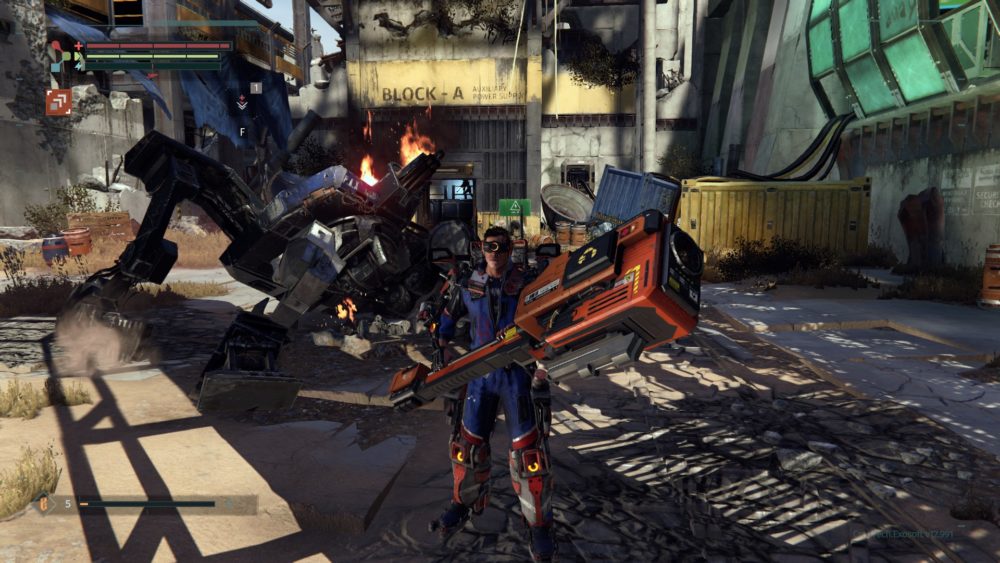 How to Beat First Boss (PAX) in The Surge

The Surge stands apart from other Souls-like games with its awesome sci-fi setting and deep variety of different weapons. But it’s the slick combat that is its best feature, demanding plenty of skill from players to overcome the game’s hardest enemies. Here’s how beat the first boss (PAX) in The Surge.

As you’d expect from the game’s first boss, PAX is basically a tutorial boss. And as you’d also expect from a Souls-like game, dodging is the primary mechanic you’re going to have to master early on. Putting two and two together…

What makes PAX a little tricky is its area of effect attacks. These are telegraphed fairly obviously, but it’s the first enemy in the game to use them so it’s easy to get caught out when you’re not used to them.

What you’ll want to do is immediately close the distance with PAX when the battle starts. You’re basically wanting to get into striking range and continue circling the robot, waiting for it to telegraph the attack, dodging, and then nipping in to strike.

For every hit you land on PAX, it will fill an orange bar that, once full, will cause the robot to fall over. This is when you want to get in and hit PAX’s head until he gets back up. You’ll then want to rinse and repeat this tactic.

For our money, the best weapon-type to use versus PAX is anything that hits quickly. Speed is of the essence versus this boss. Just whittle him down and wait for him to fall over to inflict big damage on his head.

PAX has a few moves that cause heavy damage, so just make sure you respect his power and keep dodging whenever he starts attacking.

That’s all the information you should need about how to beat the first boss in The Surge. For more useful tips and guides on the game, be sure to search Twinfinite.