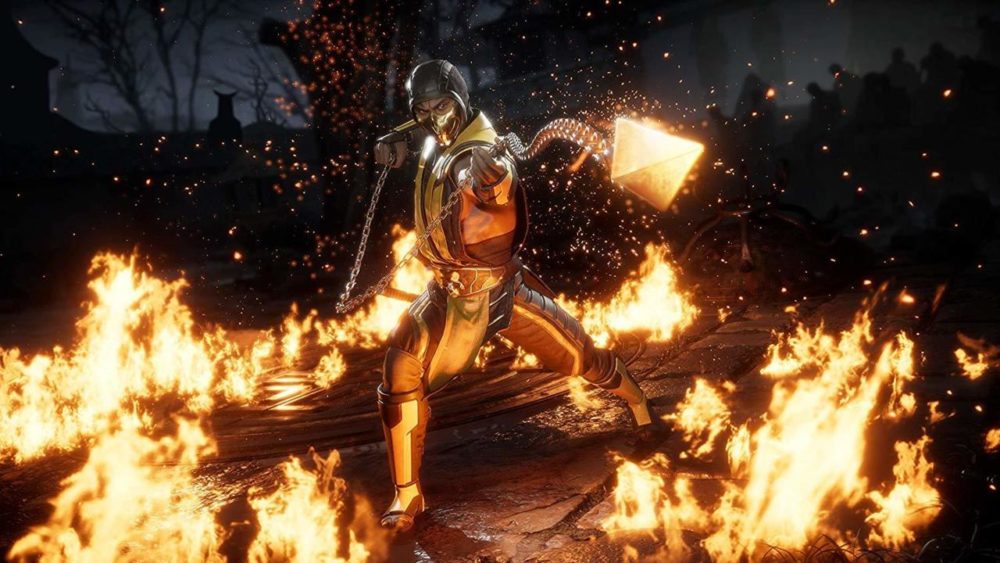 The Super Meter from MK (2011) and X has been replaced by two new bars in Mortal Kombat 11. The Defensive and Offensive Bars. You have a lot more options at your disposal now, however, they require more skill and better timing to use than before. Here is how to use all Defensive Bar Moves in Mortal Kombat 11 so you can give yourself the best chance of surviving deadly attacks from your opponents.

How to Do All Defensive Bar Moves in Mortal Kombat 11

Breakaway: Down + R2/RT While in a Juggle Kombo

A Breakaway is an extremely important defensive maneuver which allows you to break free of a Juggle Kombo. When you time this in between attacks properly, you’ll wriggle yourself down back to the ground, interrupting their Kombo.

Because of how useful it is, a Breakaway costs a full two defensive bars to use.

Getup Attack Juggle Kombo: (While Getting Up) Up + Triangle/Y/X (PS4, XB1, Switch)

A Getup Attack is a defensive maneuver that can be done when your character is getting up after being knocked down.

It’s designed to brush an overly aggressive opponent away, and potentially turn the tables for you while you’re on the ground so you can launch an attack of your own.

The quicker, more aggressive version, is better for setting up a potential Juggle Kombo as it launches the other player in the air, however, it can be more easily be blocked or dodged.

A Getup Attack costs both one offensive, and one defensive bar to use. It should be used just as you start to get to your feet.

The more defensive version makes you briefly invulnerable and will counter someone who is still attacking you, getting you a safe and easy hit if they are, but will not set up a Juggle Kombo and can be blocked even easier if they aren’t attacking you.

This version of the attack also costs one offensive and defensive bar to use.

Getup Roll: (While Getting Up) Directional Away From Enemy + L2

The Getup Roll is a more conservative version of the Getup Attack. This move doesn’t attack at all, but it will roll you away from the enemy and keep you safe from almost all attacks other than throws. Make sure you’re quick to block though as at the end of the roll you can get hit again if your opponent is very aggressively pursuing you.

The Getup Roll costs one defensive bar to use.

Forward Getup Roll: (While Getting Up) Directional Towards Enemy + L2

The Forward Getup Roll will push you towards an enemy and force you to switch sides with them. This is particularly useful when you’re back up against a wall and desperately want to get out of there and potentially even turn the tides.

The Forward Getup Roll costs one defensive bar to use.

You can interact with glowing white objects in the background of any stage by pressing R1/RB. Depending on what it is, you’ll can perform a variety of moves such as using something like a springboard to hop over your enemy or grab something to use as a weapon and even perform some brutal attacks.

Some attacks, such as projectiles can be modified to be thrown towards the ground, instead of at someone’s head by pressing down + R1/RB while throwing. Same goes for evasive jumps. If you press X/A/B right as you jump, you’ll launch yourself at your opponent instead of just jumping.

All Environmental Attacks described above cost one defensive bar to use.

When you do this right, you absorb way more damage and you’ll receive a notification on your side of the screen that you’ve performed it.

To do a Flawless Block Attack for a Juggle Kombo, follow up with Up + Triangle/Y/X. Like the Getup Attack, the Up and Triangle one is quicker, harder to counter, and can be used to set up a Juggle Kombo.

This version of the Flawless Block Attack is performed by pressing X/A/B instead. The Up + X version will make you invulnerable and is safer to pull off, but can’t be used for a Juggle Kombo.

That’s all you need to know about how to properly do all of the defensive bar moves in Mortal Kombat 11 for PlayStation 4, Xbox One and Nintendo Switch. For more on Mortal Kombat 11, be sure to check out our wiki guide for additional tips and tricks, along with our full scored review.