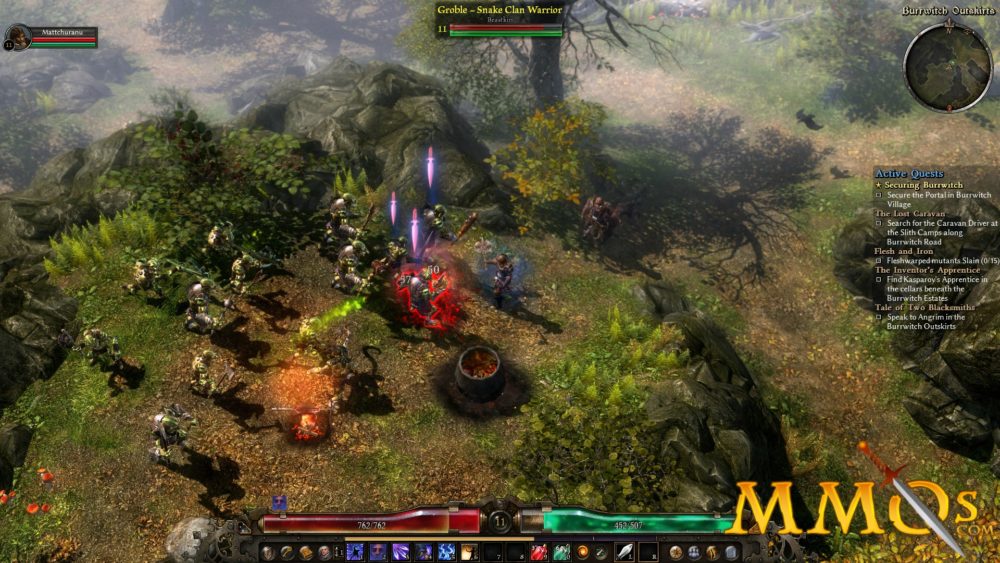 How to Farm Eldritch Essence Fast in Grim Dawn

If you like isometric ARPGs, they don’t come much better than Grim Dawn. That said, even for experienced veterans of the genre, it’s not an easy game to understand. There’s absolutely no hand-holding and very little direction given to players, which makes finding items and materials a challenge if you don’t know where to look. Here’s how to farm Eldritch Essence fast in Grim Dawn.

Eldritch Essence is an item in Grim Dawn required to forging legendary sets such as the Mythical Heart of Ulzuin.

It is described: “Viscous and dripping with raw magical power from the Eldritch Realm.”

The drop rate for this item isn’t particularly high, though, and it can only be obtained from certain enemies. That means a lot of farming. But Reddit user Jayteeez has found a reliable farming route that seems to return good numbers of Eldritch Essences. As below, starting from the Forsaken Wastes:

Go south/southeast. There is a camp here that sometimes spawns a treasure trove, dynamite and often spawns hero units. Exit the camp and go a little bit further south as you can sometimes run into Grimmaw, a purple wolf boss. His spawn rate seems fairly low in my experience.

TP back to Infernal Wastes and go north to the Temple of Sethan. In here you can fight Sister Crimson, a purple boss, around the middle of the map.

Exit the temple and go north to the Valley of the Chosen and enter the Tomb of Ariath. Here you can fight the Duskreaper, another purple boss.

A few general tips for farming:

Note that you can also acquire Eldritch Essences by dismantling and Shattered Realms.

That’s all the information we have on how to farm Eldritch Essence fast in Grim Dawn. Thanks again to Reddit user Jayteeez. For more guides on the game, be sure to search Twinfinite.