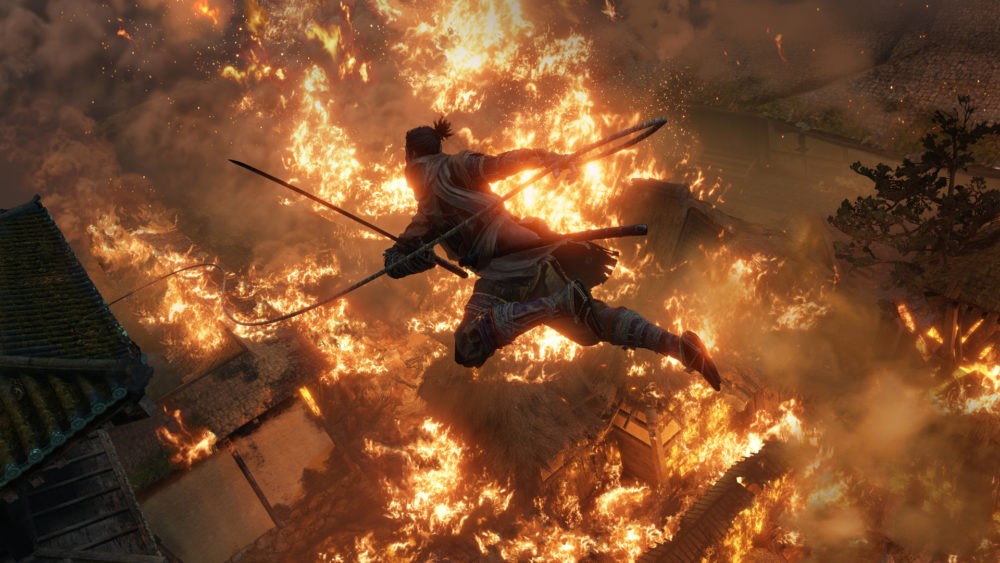 How to Beat the Shinobi Hunter Enshin in Sekiro

The trick to beating the bosses in FromSoftware’s Sekiro is preparation and learning to counter their attacks. There are a few ways to increase your chances of victory, so without further ado, here is how to beat the Shinobi Hunter Enshin in Sekiro.

Spear-wielders in Sekiro are particularly troublesome, their reach and charging attacks can bring you a whole world of hurt. The first boss you fight to wield one is probably going to be the Shinobi Hunter Enshin of Misen, and depending on when you run into him, he can be a serious roadblock for the uninitiated.

As in most boss battles in Sekiro, setting the scene of an encounter is crucial. Starting from the Estate Path Sculptor’s Idol, the Shinobi Hunter can be found past the bridge outside of the burning village, in the Hirata Estate. There are several shielded enemies and lesser ashigaru scattered around, use the available grapple points and long grass to pick them all off.

The fight itself is fairly straightforward. It is fairly crucial that you have the Mikiri Counter ability, so grind out some experience to unlock it if required. Begin, as always, with a Deathblow, halving the Shinobi Hunter’s health right off the bat. From there, engage cautiously, after ingesting Ungo’s Sugar.

How to Beat Shinobi Hunter in Sekiro

The greatest threat during this boss fight in Sekiro is your opponent’s perilous attacks. He has both a thrust and a sweeping attack that will inflict a great deal of damage if they land, but aren’t too difficult to counter once you get the timing down.

If you are wounded, back off and grapple to the nearby tree branch or tower and heal up. As long as you don’t back off too far or jump into the water, the Shinobi Hunter won’t regain any lost health you’ve managed to inflict on them thus far.

You can try and break his posture with the Shinobi Axe, but I didn’t find it to be necessary. Simply counter the Shinobi Hunter, and punish him once he is vulnerable, and before you know it he will fall before you.

The Flame Barrel is useful in this fight, inflicting damage over time. Just be careful with your timing, as you will only have a small window after a successful counter.

That’s all you need to know on how to beat the Shinobi Hunter in Sekiro. For more helpful guides, check out our ever-expanding wiki, be sure you have the necessary tools for the job without All Shinobi Prosthetic Tools guide.