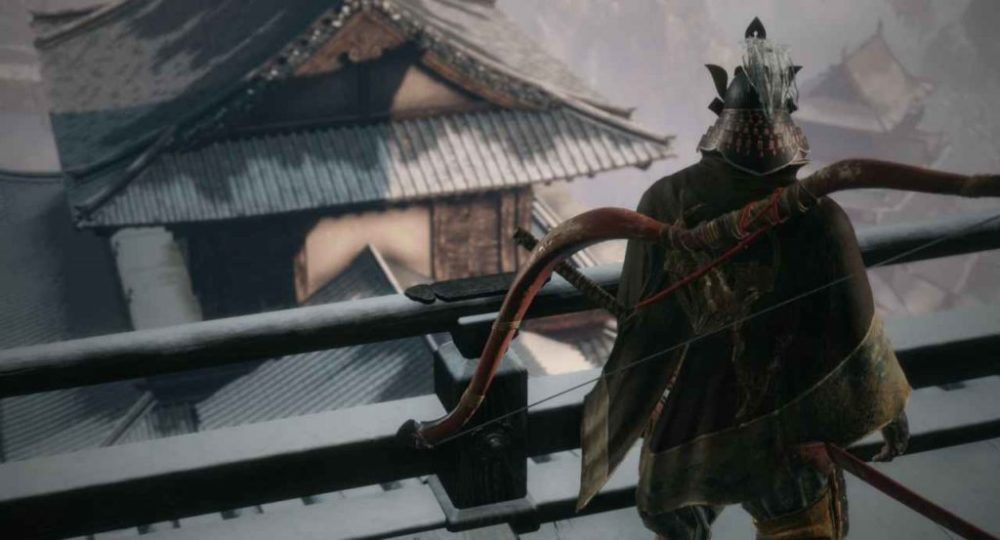 How to Beat Genichiro Ashina in Sekiro

After completely owning you in the game’s prologue, you’ll get your much-awaited rematch against Genichiro Ashina when you reach Ashina Castle in Sekiro. Here’s how to beat Genichiro in Sekiro.

Before heading into the boss fight, you’ll want to make sure you’ve got at least four or five Gourd Seeds for your Healing Gourd. Genichiro can punish you quite heavily, and this is a long fight, so you’ll need enough healing items.

I found that the Shinobi Prosthetic Tools weren’t all that useful in this fight, but if you’ve already obtained the Sabimaru (found on the first floor of Ashina Castle), it does provide you with some combo potential to help break Genichiro’s Posture a little faster.

By and large, though, just make sure you’ve got enough healing items. If you explored Ashina Castle thoroughly, you can also find some Eel’s Liver, which reduces shock damage. This can be extremely helpful for the second phase, but again, it’s not entirely necessary if you know what you’re doing.

Lastly, make sure you have Mikiri Counter unlocked.

As soon as the fight starts, Genichiro usually begins by firing an arrow and following up with a sword slash. Dodge the arrow by moving to the side, and wait for the slash to come out before going in for the counterattack.

Similar to the Lady Butterfly fight, this phase is going to be a dance of attacks and guards between you and the boss. Go in for a two-hit combo, then guard or deflect the rest of his attacks.

Occasionally, Genichiro will hold his sword to the side and begin a wind-up for a long string of combos. When this happens, you can either try to hit him to stun him out of it, or back off immediately to let him finish the combo.

If you’re not good at deflecting attacks, I’ve found that it’s generally to just back off and wait for the combo to end before going in for the punish.

Every now and then, Genichiro will also fire off arrows at you —either a single, powerful arrow, or four arrows in rapid succession. I recommend blocking these.

When you’re clashing blades with the boss (don’t forget to start guarding after your own two-hit attack string), Genichiro will occasionally jump into the air. When this happens, immediately block the attack, and he’ll follow up with a thrusting Perilous Attack. The thrust can be countered very easily with Mikiri Counter, allowing you to deal tons of Posture damage.

Your main way of getting him low in this phase is by putting pressure on him, forcing him to jump and do the Perilous Attack.

After you get your first Deathblow on Genichiro, the fight will continue on as usual, except this time, he can do a sweeping Perilous Attack as well.

It’s the same deal: block his jump attack, and then watch what he’s doing as he gets ready for the Perilous Attack. If you see his sword at the side, immediately jump and press the jump button again to get a jump-kick counter for some Posture damage.

If not, use Mikiri Counter to deflect the thrust.

After getting two Deathblows on Genichiro, you’ll enter phase two, where he starts using lightning-based attacks.

This is where Sekiro starts teaching you about the lightning reverse technique. Essentially, whenever you see the boss starting to do a lightning attack, you’ll want to jump in the air, and hit the attack button as soon as the lightning hits you to direct it back at the boss. This will stun Genichiro for a few seconds, allowing you to do some serious damage.

However, it’s also a very risky move, and there’s a much easier way to go about handling this fight.

Try to keep as much distance between you and the boss as possible, and bait him to jump and do a thrusting attack towards you. You can deflect this with Mikiri Counter extremely easily, and do lots of Posture damage.

Alternatively, you can also keep the pressure on him to try to prevent him from doing any of his lightning attacks. Whichever you choose, his attack patterns remain largely the same, but with the addition of the lightning attacks.

That’s all you need to know about how to beat Genichiro in Sekiro. Be sure to check our Sekiro guide wiki for more tips and information on the game.