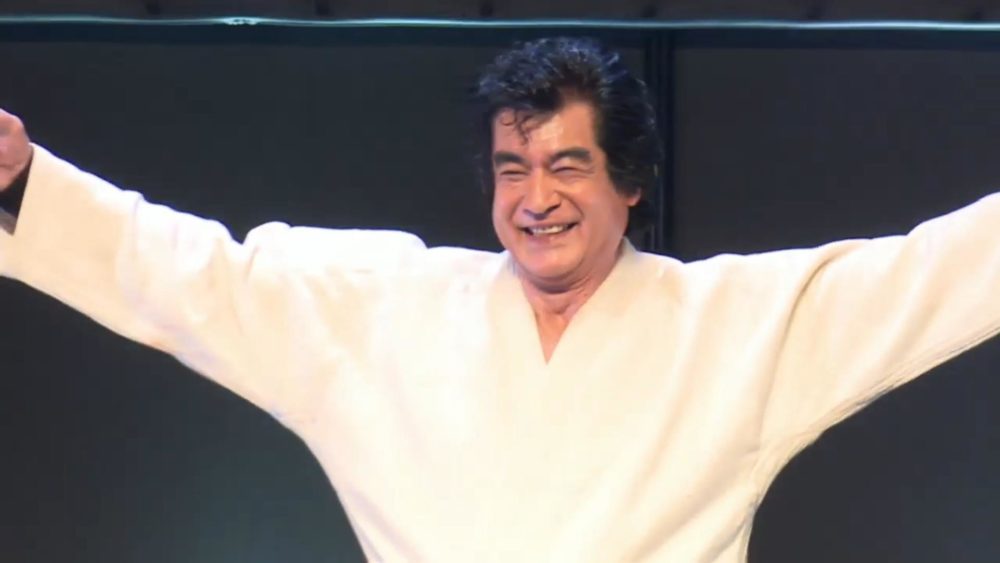 Few advertisement campaigns are as well known among older gamers who love Japanese games like the one aired between 1997 and 1998 featuring Segata Sanshiro.

Today, at the Sega Saturn 25th Anniversary Special Thanksgiving Stage at Sega Fes in Tokyo, Actor Hiroshi Fujioka returned after 23 years to celebrate the anniversary of the console and reprise his role.

At the end of the stage show, Fujioka faced the crowd and sang the song that made him famous among gamers, creating an absolutely epic moment, which will certainly reawaken memories in many of you.

You can watch a recording below, and if you want to sing along with Segata Sanshiro, you can find the lyrics here.

The song and the advertisement campaign certainly reflect the time and place in which they were aired. Japan was a very different country back then, and I’m not sure something like this would be considered acceptable by today’s Sega. Things like completely devoting your life to playing video games or randomly hitting on ladies (known as “nanpa”) in clubs aren’t exactly concepts you see in advertisement nowadays, even in Japan.

It’s very nice to see that Sega let this delightful trip down the memory lane play out on stage, and I found myself singing along aloud (very loudly).

Incidentally, if you’re not familiar with Hiroshi Fujioka, he is a legend in Japan for roles that go much beyond Segata Sanshiro. Among other things, he played Kamen Rider 1-go (the original Kamen Rider) in the super-popular tokusatsu franchise. He also very appropriately lent his voice to Ryo Hazuki’s father in Shenmue.

If you want to enjoy more news from Sega Fes, you can check out the reveal of Project Sakura Wars for PS4, which is also coming west, the lineup of games for the 2020 Tokyo Olympics (and related western announcement), and the latest info on the Sega Mega Drive and Genesis Mini, which will also be released day and date in North America and Europe.