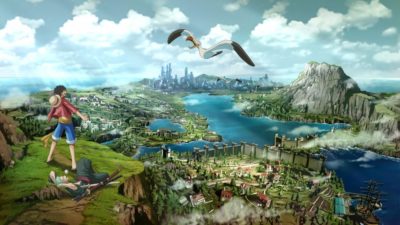 All Playable Characters in One Piece World Seeker

One Piece World Seeker is the latest game from Ganbarion and Bandia Namco that is based on the hugely popular anime and manga series. Since it is the first game in the series to feature an open world for you to explore, you may be wondering what else is different. Here’s everything you need to know about all playable characters in One Piece World Seeker.

Unlike a lot of other games based on anime or manga, the new title only features one playable character. Jump Force this is not, which is mostly down to it being an open world adventure game focused on one character, rather than a franchise spanning fighting game.

The only playable character in the game is Monkey D. Luffy, who is often just referred to as Luffy. He is the captain of the Straw Hat pirates and is the star of the main One Piece series that you’re likely already familiar with.

Since you play as him in One Piece World Seeker, he’s the focus of the story. Luffy is out to become Pirate King, having faced off against powerful Pirates and the World Government’s Navy alike countless times.

All Playable Characters in the Series

He has been the main character in most of the One Piece games and, while there have been games in the past that have allowed players to play as members of his crew, you cannot in World Seeker.

Many of those characters you’ve come to love in the anime or other games appear once again here, but you simply interact with them as Luffy.

That’s everything you need to know about all playable characters in One Piece World Seeker. For more tips and tricks on the game, be sure to check out our wiki guide or search for Twinfinite.