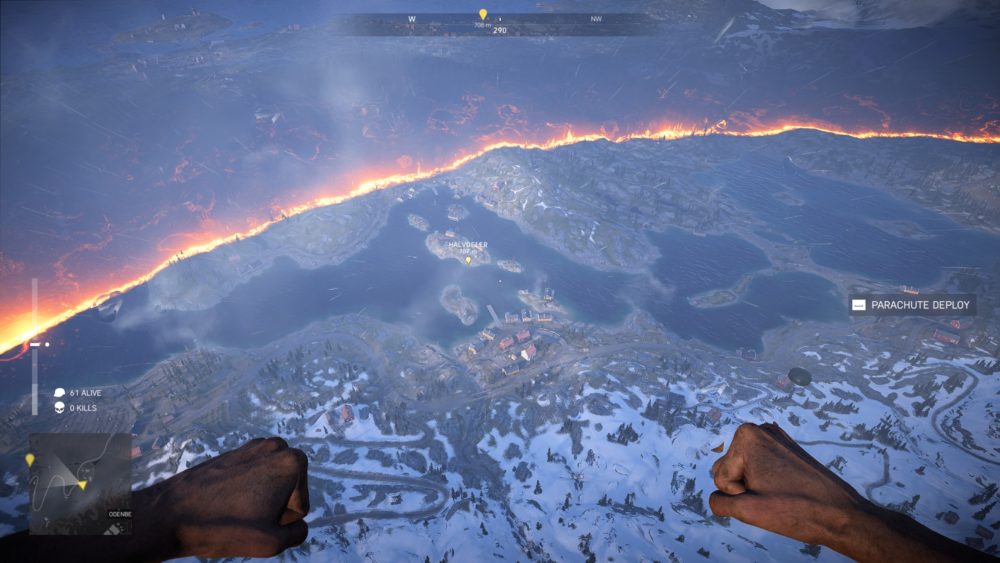 For Battlefield V’s new battle royale mode Firestorm, the developers opted to throw the traditional class-based system out the window. While you still choose a class, it’s only for aesthetic purposes. This means you’re not limited to any particular weapons and you’re able to use anything you find. But what are the best weapons in Firestorm? Here are the best picks from our limited time with the game so far.

First, it’s important to understand the weapons are divided into three types in Battlefield V Firestorm. There are different tiers of weapons, the names of which should have a familiar ring if you’ve played many battle royale games before.

There are common, rare, and epic weapons in the game, which are colored green, blue, and purple respectively.

As you can imagine, it is the rare and epic weapons that are the most powerful.

In terms of which weapons specifically are best. Well, it will, of course, depend on your playstyle to some extent. Those who prefer assault will want an automatic, those who prefer long distance engagements will opt for a sniper rifle, etc. But these are the weapons we found most effective in the game.

The scoped FG-42 (Epic) – devastating fully automatic machine gun that is very accurate and easy to use with the scope. The issue is the recoil, like any machine gun. But crouched prone in a good spot you’ll be very difficult to defeat.

M1A1 Carbine (Rare) – The M1A1 Carbine is a smaller, faster-firing version of its iconic big brother. This is absolutely one of our favorite weapons in the game.

Kar98 Sniper (Epic) – The most powerful sniper rifle in the game deserves a mention. The Kar98 can be found in common variety without the scope, but it’s a whole new beast with optics involved.#

Gewehr 43 (Rare) – This sniper rifle is equally impressive at medium ranges, given that it’s semi-automatic and its scope doesn’t zoom in all that much. There’s a common variety which is also still decent.

M1897 Shotgun – Shotguns aren’t as effective as some other battle royale games, but the M1897 is a

Bren Gun – The trusty Bren Gun is only a Common (green) weapon, but it’s a very good starter because it offers decent stopping power and automatic firepower.

That does it for the best weapons in Firestorm. We’ll be updating our list as we continue to play more of the game.

For more information on Firestorm, check out our guides wiki.