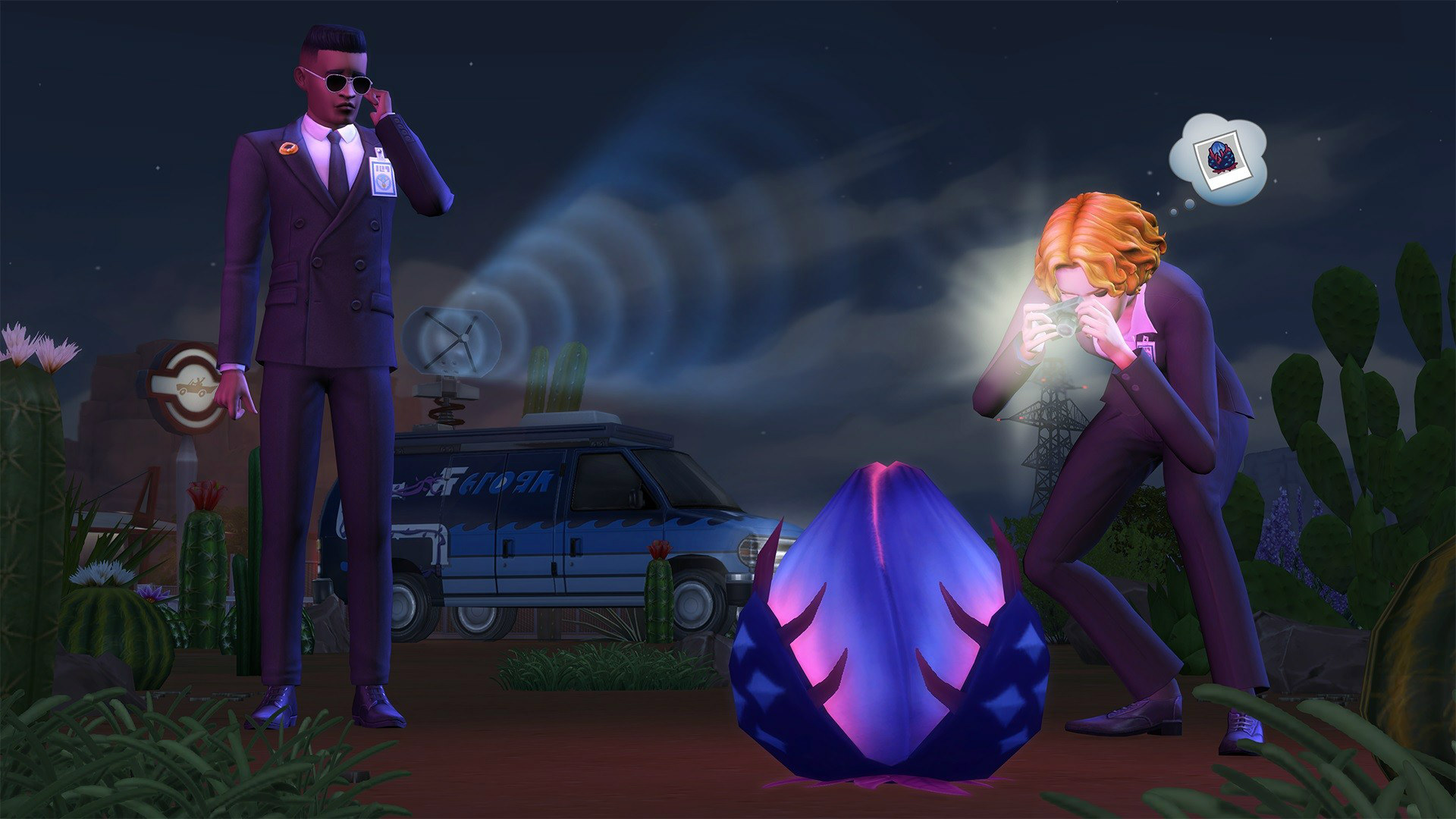 Where to Find the Keycard in Sims 4 Strangerville

The Sims 4 Strangerville has arrived, and it has offered up Sims fans a more narrative/story approach than what they are probably used to from the usual stuff packs or other mini-expansions. In it, your sim is going to need to investigate some shady government activities. You’re going to need to know where to find the keycard in Sims 4 Strangerville in order to progress at some point. So here’s what you need to know.

The first thing you need to do is first advance far enough into the plot to have discovered the Secret Lab, which is where all the research into the shady government activities in Sims 4 Strangerville are going down.

However, you’ll quickly find that it is locked. The G-men aren’t going to let you figure out their evil fruit-based conspiracies that easy.

There are two ways to get the Keycard in Sims 4 Strangerville both of which require you to create a dossier. To create a dossier, you’ll need 15 pieces of evidence. Evidence can be obtained by taking pictures of Bizarre Plants or befriending military/science personnel so that they are close to you, so they can then be requested to hand over evidence.

After you have the 15 pieces of evidence and have created the dossier, you have a choice of either going to the Curio Shop or asking a military or science person to give the Keycard to you. For the latter, you’ll need to be close to one of them for that option to be available.

If you’re not, don’t worry. Go the Curio Shop instead and ask to see the “secret” inventory. How shady of you. You’ll have to pay 250 simoleons to get the Keycard in this case.

After that you’re all set, just return to the Secret Lab and use the Keycard to enter it and open all the doors you need.

That’s all you need to know for where to find the Keycard in Sims 4 Strangerville. For more tips and tricks, be sure to search Twinfinite. If you’re looking for more on The Sims, such as cheats for Strangerville you can view that here. Or check out our massive collection of the best Sims 4 mods you can’t play without.

Comments
Continue Reading
Related Topics:how to get, keycard, sims 4 strangerville, where to find