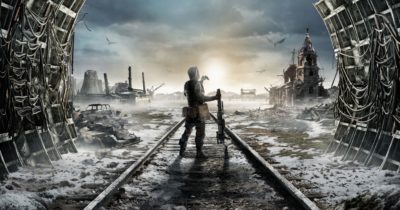 How Long Metro Exodus Is & How Many Missions There Are

With Artyom and his gang leaving the Metro system of Moscow and venturing into the wider Russian landscape, you’re given a lot more freedom to explore in Metro Exodus with the addition of open world levels. Here’s everything you need to know about how long Metro Exodus is and how many missions there are.

You can expect to spend around 10-12 hours playing through Metro Exodus’ story on standard difficulty.

Since much of the world is open and stealth is often a great option, the game is pretty slow. Also, enemies can take some punishment if you don’t aim for the head, especially if your weapons are dirty.

There are 12 named missions in the game, but they all differ in length. Some of them are shorter, linear missions that see you get from one place to another, taking out all the enemies in your way, like the levels in the previous two games.

However, there’s a few levels in Metro Exodus that are much more open and can take up to a couple of hours to complete. There’s two that are big sandboxes, and two more that are large and open but have a linear objective path.

Then, the rest are either short missions or narrative focused sections that take place on the Aurora. Missions can range between just a few minutes long and a couple of hours.

If you want to check where you are in Metro Exodus and how many missions you’ve completed, you can look at the Chapters list from the main menu once you’ve completed the introduction.

That’s everything you need to know about how long Metro Exodus is and how many missions there are. For more tips and tricks on the game, be sure to check out our Metro Exodus wiki guide or search for Twinfinite.