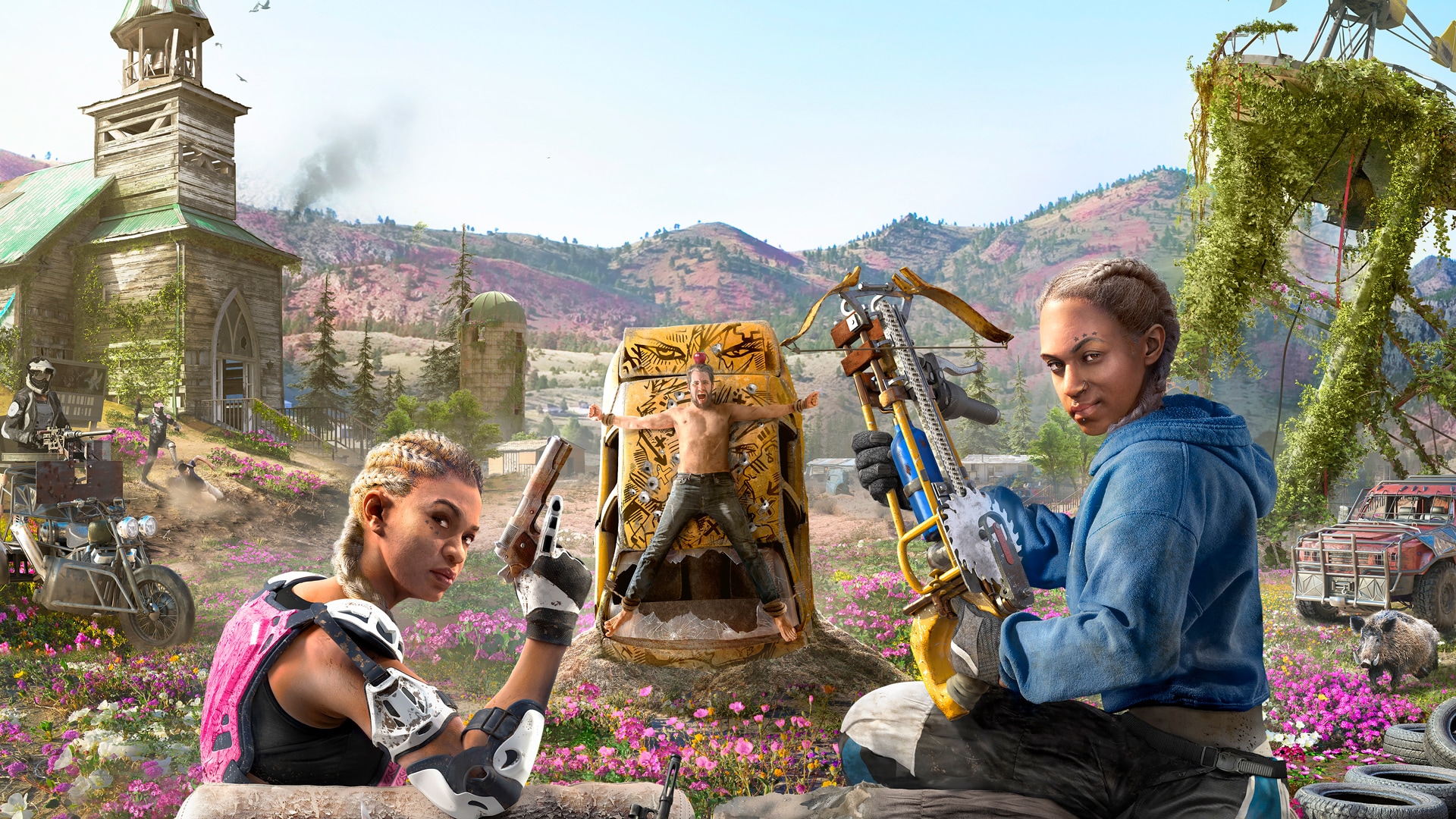 How to Beat Enforcers Easily in Far Cry New Dawn

Far Cry New Dawn is out and among its many changes are brand new enemies for you to take down as you fight to take back Hope County. Here’s how to beat Enforcers easily in Far Cry New Dawn.

More than any other Far Cry game before, Far Cry New Dawn features light-RPG elements. Similar to what the Ubisoft teams on the Assassin’s Creed franchise have done with the past two iterations, Origins and Odyssey, the Ubisoft developers behind Far Cry New Dawn seem to be angling the series to become more akin to an RPG.

Guns, outposts, vehicles and more all have ranks and now, so do enemies. There are rank one, two and three enemies with Enforcers sitting at the top of the enemy rank food chain.

Not only do they pack more punch, they are also tougher than almost any other enemy in the game when it comes to taking them down. They have incredibly powerful weapons and just-as-powerful armor which makes taking down an Enforcer one of the more daunting tasks you’ll come face to face with in a combat encounter.

While they’re difficult to take down, knowing how to do it can speed up the process by quite a bit.

Sure, you can fire round after round into them but considering their bullet sponge-like nature, this could take longer than you’d like. Instead, we recommend two different tactics.

The first tactic requires you to have Molotovs on your person. Either craft or find them and then equip them to your utility wheel.

When you spot an Enforcer, chuck a Molotov directly at them and watch them burn to the ground.

Molotovs are the easiest way to take down an Enforcer, but you won’t always have one. For those moments, we recommend tactic two.

The best skills you can get in Far Cry New Dawn are the Advanced, Expert, and Master Takedown perks. These allow you to stealthily kill any enemies up to the Elite tier, and that includes the Enforcers.

Because these guys can be serious bullet sponges, it’s generally wise to try to sneak up on them. Having smoke grenades on hand is also a good way to disorient them.

When you spot an Enforcer, put some space in between you and the enemy. Give yourself some room to breathe.

Then, pick a powerful weapon that can shoot a lot of bullets in a short amount of time. Fire some bullets to get the Enforcer’s attention and when they’re facing you, start pelting them with headshots.

Rank III and Elite weapons are usually enough to take down Enforcers pretty easily, but you have to aim for the head to deal the maximum amount of damage. Again, if you have smoke grenades, those can help to stun them, allowing you to place your shots.

That’s all you need to know about how to beat Enforcers in Far Cry New Dawn.

For more information about Far Cry New Dawn, be sure to check out our Far Cry New Dawn guide wiki. There, you’ll find tips, tricks, walkthroughs and more to help you take back Hope County once more.