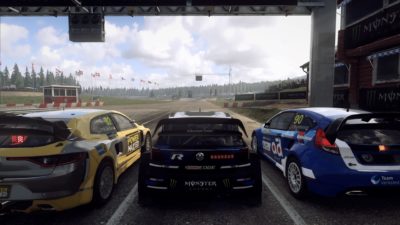 Codemasters‘ most hardcore rally sim series has returned. The first game, which released in 2015, had a popular VR addition, which has prompted fans to wonder if Dirt Rally 2.0 is in VR on PS4.

The VR component of the first game didn’t arrive until early 2017, but it was a very popular addition and fans hoped that it would be included in the sequel. While it hasn’t been included from the start, Codemasters have commented on their plans for VR and Dirt Rally 2.0.

The PC version of Codemasters’ new game is due to come to Oculus Rift headsets this summer. The news was confirmed on Twitter before the game’s release. There was no mention whatsoever of a PSVR version, so the assumption would be that it is exclusive to the Oculus Rift headset. At least for now, Dirt Rally 2.0 is not in VR on PS4.

There’s have been no details revealed in regards to what parts of the game will be playable in virtual reality. It could be the entire game, and it could be just certain modes. We also do not know just yet exactly when the Oculus Rift VR version will launch.

Of course, since the VR version of the first game came to PSVR at a later date, it is possible that Dirt Rally 2.0 will come to the PS4 in virtual reality sometime later. The word ‘exclusive’ was not used when talking about the Oculus version, so it is definitely possible. We’ll be sure to update you here if and when Codemasters talk about it, however.

That’s everything you need to know about if Dirt Rally 2.0 is in VR on PS4. For more tips and tricks on the game, as well as all things VR, be sure to search for Twinfinite.

Hitman 3: How to Play in VR
Microsoft Flight Simulator VR Support: Everything You Need to Know
Concrete Genie: How to Play VR Modes & What They Are