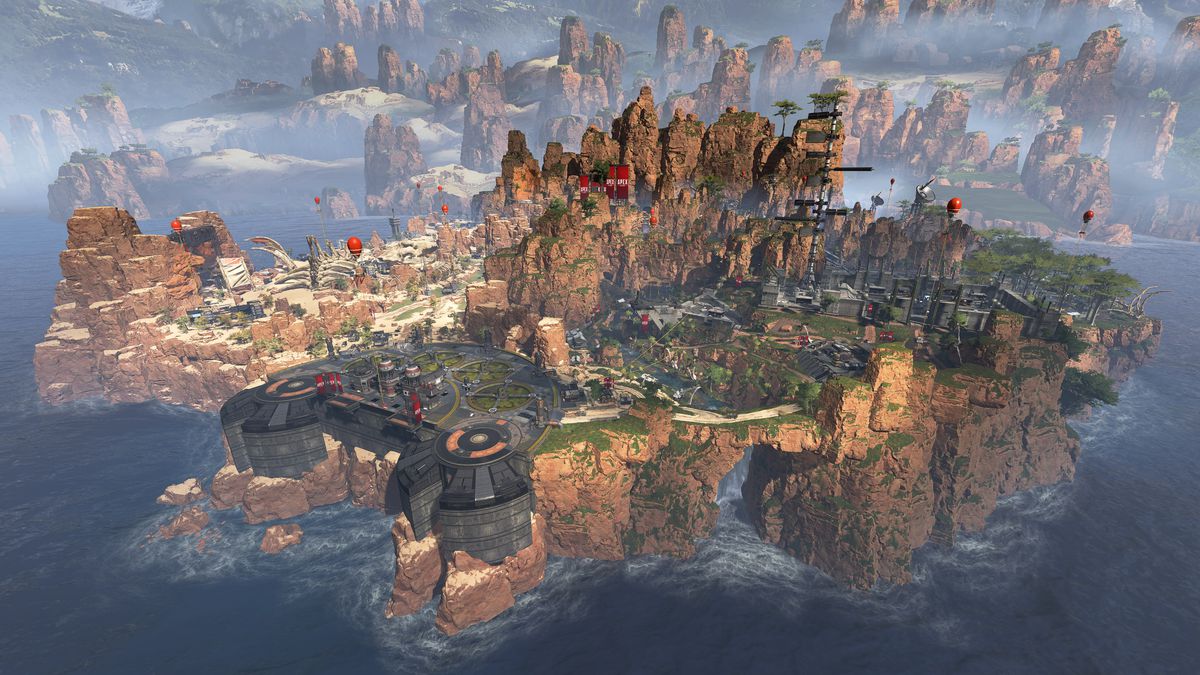 Apex Legends is set in Titanfall’s futuristic world, and much of its arsenal of weaponry will look pretty alien to newcomers, even if most of them are based on familiar real-world guns. Here are our picks for the best weapons in Apex Legends.

To make the weapons even more confusing in Apex Legends, there isn’t’ any quick and easy to understand stat breakdown to actually review the damage each does. Add in the fact that there are multiple pistols, shotguns, SMGs, and assault weapons, and you’re left with little direction as to which weapon is worth keeping and which is best ignored.

Of course, as with most shooters, each weapon class has its strengths and weaknesses; an uber powerful sniper rifle isn’t going to be as good as a medium powered SMG in close combat. For that reason, it’s hard to pick out “best weapons,” but we’re going to list our five favorites, anyway, and then break down some damage stats for you.

Almost like a little brother to the LMG Spitfire, the Flatline is the best of the assault rifles. You get good range, accuracy, and it’s the most powerful Assault Rifle in the game. It has one fewer upgrade option than the other day, with no alternative barrel, but that’s hardly a sore point.

The Triple Take is an excellent weapon because it fills the role of a long-range sniper rifle and assault weapon. It will hit for decent damage, thanks to the fact that it’s firing three shots every time. This means it will easily knock down enemies in just two or so clean shots. It’s also highly accurate and doesn’t suffer from much bullet drop long-range. With a scope fitted, it’s a slick sniper rifle, but using iron sights or its tactical scope, you can storm enemies in the same manner as you would a shotgun.

The Mastiff hits hard… really hard. Assuming all your pellets hit the target, a body shot causes 144 damage, while a headshot hits for 288! It might not be the fastest shooter of the three shotguns in the game, but it more than makes up for that in damage.

We’ve found that shotguns also seem to have better range than in Apex Legends than other BR games, so they’re particularly effective. You can also shoot the Mastiff from the hip and find the target quite easily.

The Kraber Sniper Rifle is in a league of its own for damage, with either body or headshots packing enough punch to drop a target in a single hit. That makes it a special, devastating weapon that should be used sparingly. Its damage, accuracy, and range are only offset by its bolt-action, slow rate of fire.

More stable than its energy-based LMG rival Devotion, the Spitfire is accurate, fast-firing, and hits hard. It’s easily our favorite gun in the game, suitable for both up-close and ranged combat. Body shots will hit for 20 damage, while headshots will hit for 40.

That might not sound as impressive as the Mastiff or Kraber, but when you can keep the trigger pulled and put dozens of rounds on the target (35 per mag), it all adds up.

Now that we’ve gone over our top picks, let’s take a look at some stats. Thanks to Reddit user u/Krazyflipz, we’ve got a nice breakdown of the damage numbers, ammo type, and magazine capacity for every weapon in the game:

That should give you a good idea of the best weapons in Apex Legends. For more useful information on the game, be sure to search Twinfinite.