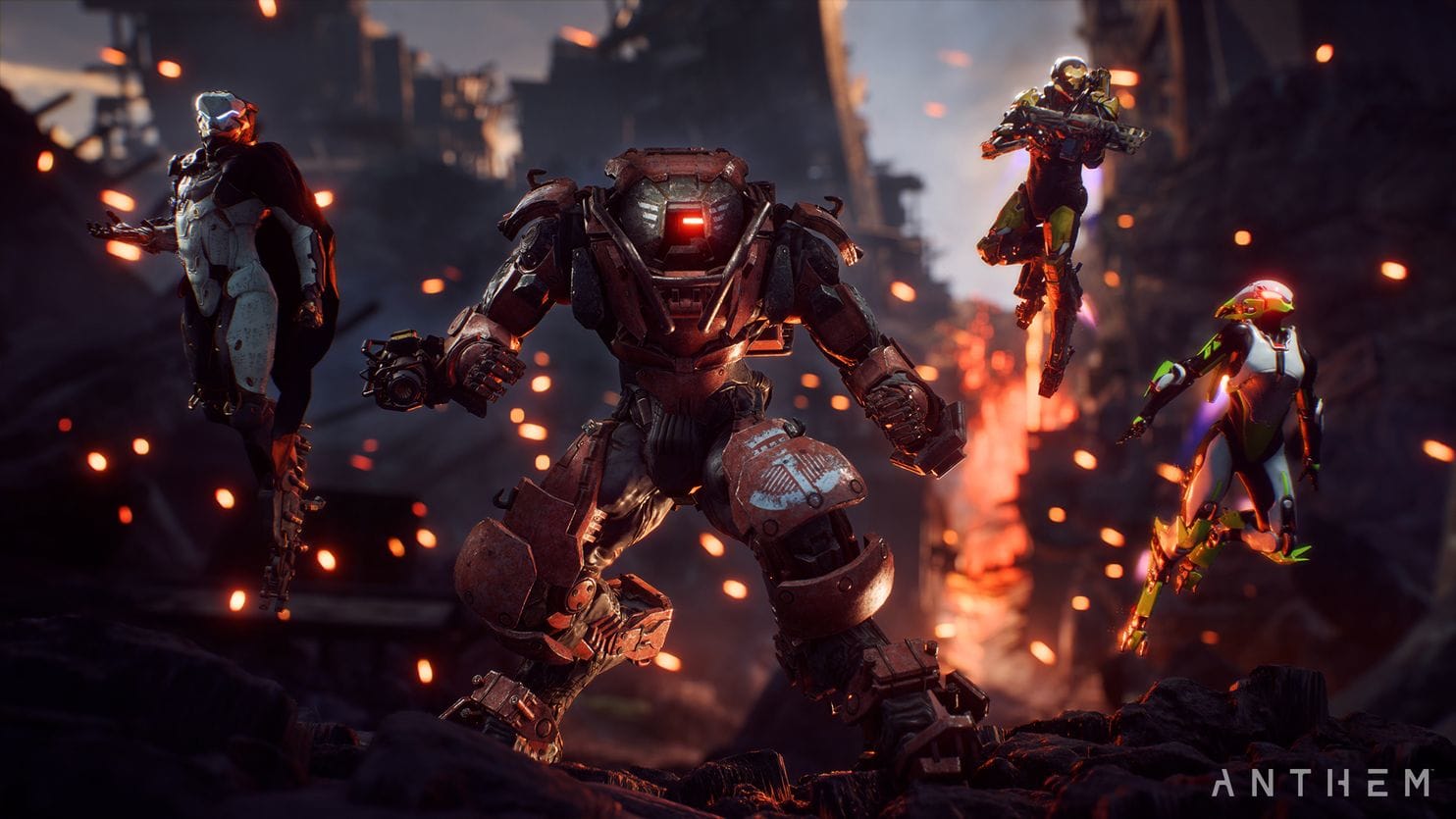 Anthem puts you in the role of a Freelancer, humanity’s best defense against a hostile alien world. You’ll have four different Javelin classes to choose from in Anthem, and each one is incredibly different, with their own unique skills and attacks. Here’s all Javelin abilities and Ultimate Abilities in Anthem.

Below you’ll find a list of every ability for all four Javelins in Anthem. Keep in mind that each one functions differently in combat and fulfills a different role. The Ranger is an all-around attack and defense suit, the Colossus is the tank, Storm is a ranged magic user, and Interceptor is a quick hit and run DPS.

We’ll go through each Javelin in Anthem step-by-step.

Melee (Heavy Smash) – Smashes into the ground dealing damage to an area.

Ultimate (Siege Cannon) – Gives you a cannon with massive firepower and makes you immune to damage for a short period.

Melee (Fiery Strike) – A fiery blow straight ahead that can blast back an enemy.

Ultimate (Elemental Storm) – Calls down a torrent of energy that decimates a large area.

That covers all Javelin abilities and Ultimate Abilities in Anthem. If you need any other tips or info make sure to search Twinfinite, or you can take a look at our Anthem wiki.

We have plenty of other guides to help you on your way, like how to find all four tombs of the legionnaires, or how to craft weapons and equipment.