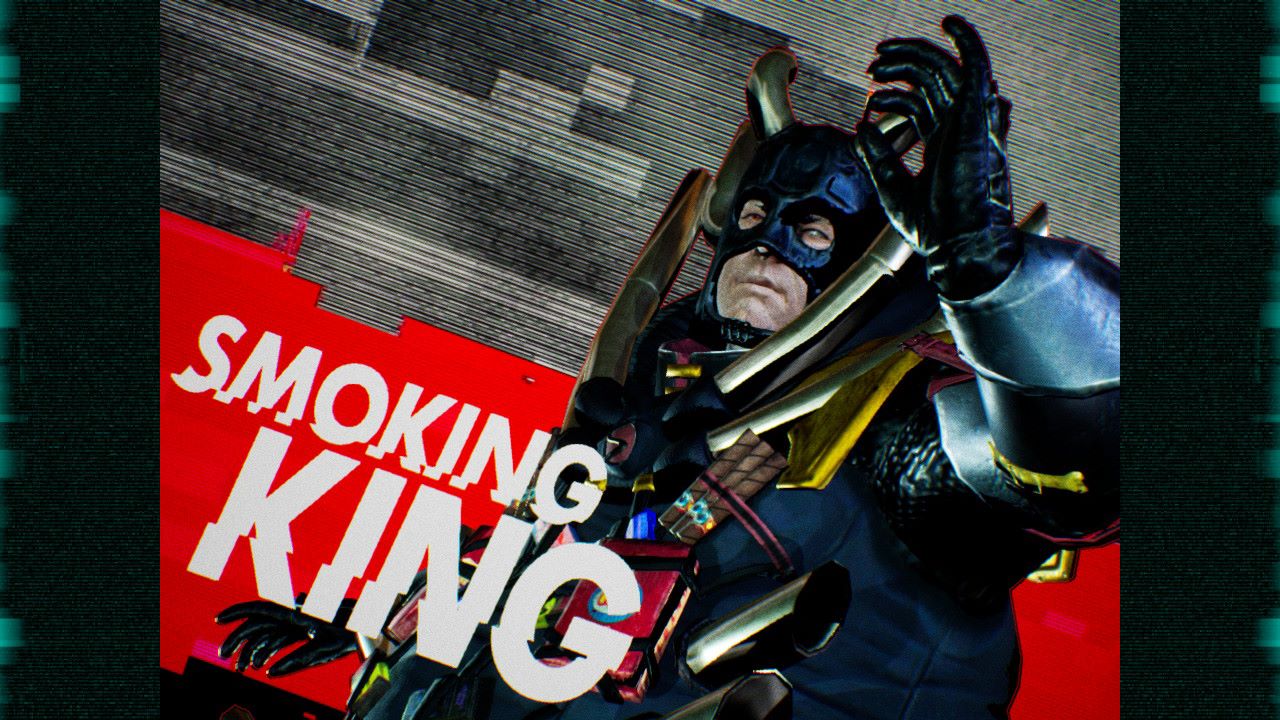 How to Beat Smoking King in Travis Strikes Again

The first phase of the battle against Smoking King in Travis Strikes Again is mainly just about avoiding his AOE attack. Watch the floor for a radius around Smoking King and ensure that you’re using your jump and dodge moves to get as far away from him as possible.

Because of this AOE attack, it makes it difficult to get close, deal damage, and escape safely. As such, it’s best to ensure you’ve got Skill Chips equipped that enable you to attack from range.

The Wing Chip and Shining Chip are both solid picks for this fight, as they both stun the enemy for a brief moment, allowing you to follow up with a few quick attacks before dodging to safety.

Smoking King will also generally dash towards you in phase one, but if you keep your distance and slowly chip away at his health, you’ll be able to move onto phase two eventually. This is where this boss fight in Travis Strikes Again gets really tricky.

In phase two of your fight against Smoking King, he’ll add in a ground pound attack which ripples across the entire stage. You’ve got to avoid this ‘ripple’ by jumping at the right time. He’ll also start throwing fireballs in your direction if you keep your distance.

All of this is on top of his AOE attack from phase one.

Your best bet here is to continue getting up close, dealing out damage with skills and charge attacks, and then jumping back away and ensuring you’re avoiding the barrage of Smoking King’s attacks.

If you’re being caught out by his attacks when approaching him, wait for him to charge towards you and lay down the pain.

When you hit phase three of this boss battle in Travis Strikes Again, Smoking King begins throwing gas canisters around the stage which he can ignite and deal damage. The lines of gas will cover a huge amount of the arena, too, so seek out any tiny gaps you can and stay within these to avoid taking more damage.

Other than that, Smoking King will continue to use his phase one and two attacks, and the method for dealing damage largely remains the same.

Using the Heavy Chip can be useful to slow Smoking King right down and give you more time to get some damage of your own in, but just be on the lookout for him winding up his next attack.