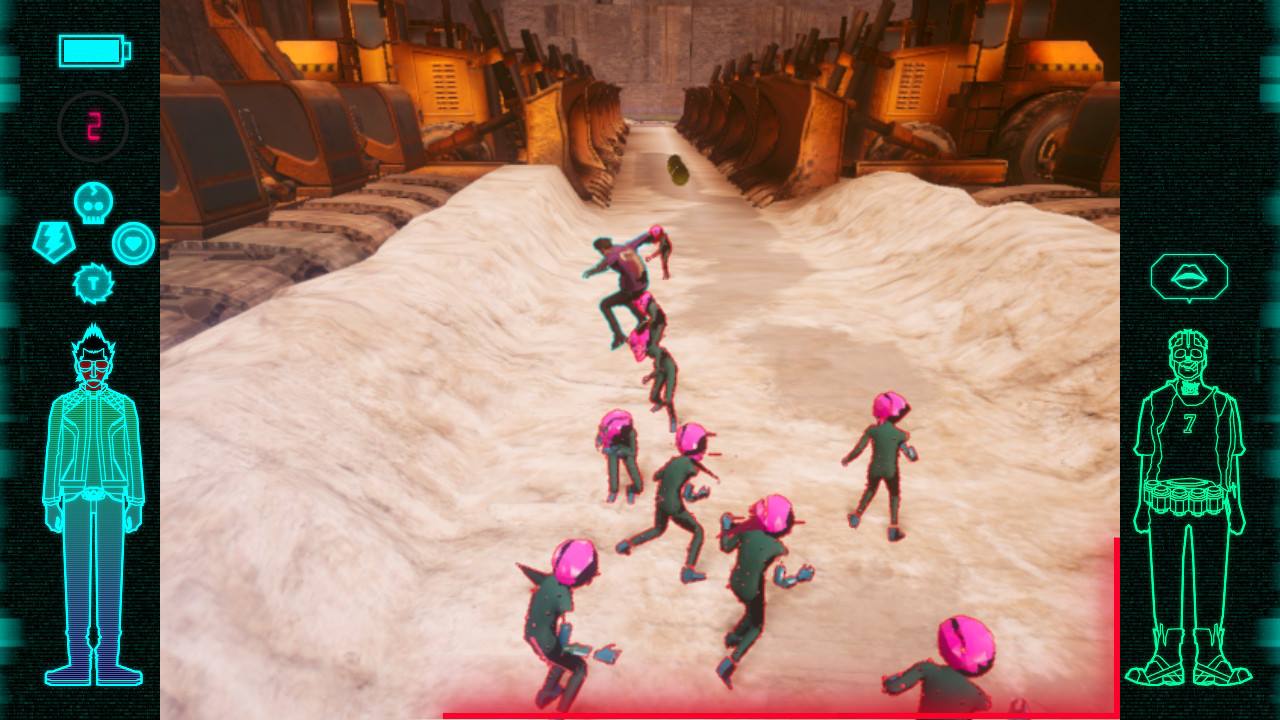 How to Dodge in Travis Strikes Again

Travis Touchdown is no stranger to engaging in combat, and neither is his beam katana, Bloody Berry. Travis Strikes Again sees the aging assassin return to hunt down his daughter’s killer, the Bad Man. Here’s what you need to know about how to dodge in Travis Strikes Again.

Travis will need to rely on his arsenal of tricks to take out the former professional baseball player turned assassin though, including his all-powerful ability to dodge attacks. This can be done a couple of different ways.

Like previous titles in the series, area of effect attacks are very common in Travis Strikes Again. Essentially, different enemies have a range of skill sets that can deal damage that spread across large portions of the environment.

The obvious way to avoid ground attacks is going to be jumping in the air. To jump with Travis simply press B.

Pressing B and Y to execute jump attacks is also very effective. These attacks allow you to quickly zip through the air, closing the gap between you and the enemy, while also, possibly keeping you out of the way of their area of effect attacks too.

A lot of jumping and dodge out of the way of area of effect attacks simply comes down to timing. As always, timing will be different for specific characters and specific attacks.

Once you’ve mastered dodging, you’re one step closer to finding the Bad Man and exacting your revenge.

Question: How to dodge in Travis Strikes Again?

Most of dodging effectively simply comes down to timing.