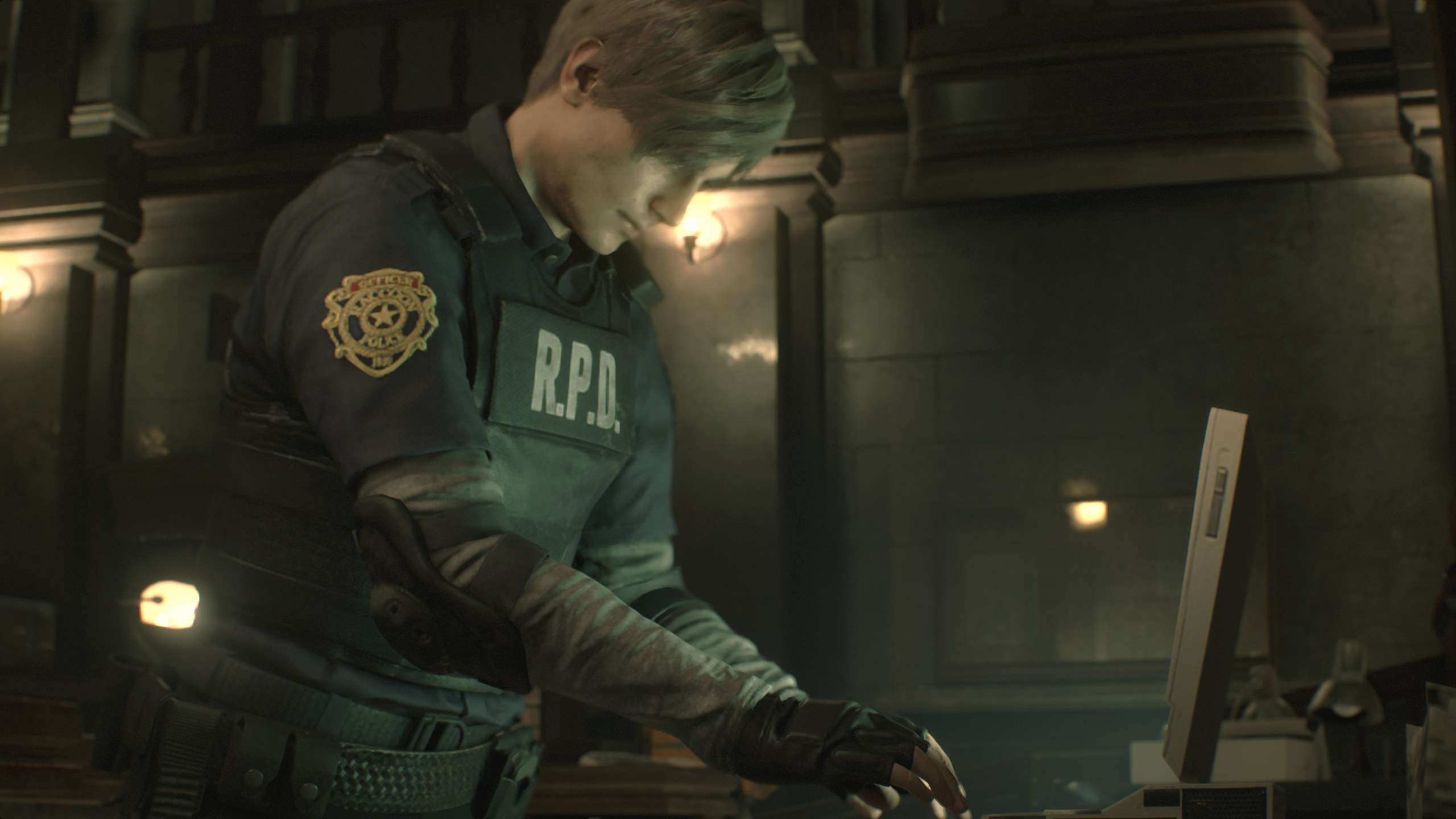 How to Get the Three Medallions in Resident Evil 2

This one is pretty straightforward to get in Resident Evil 2. After you’ve gotten the officer’s notebook from the east corridor, Marvin will let you know that the medallions are the key to getting out of the station, and wouldn’t you know it, there’s a medallion sitting right there with you in the Main Hall.

From the Main Hall, head up the stairs and you’ll see a lion statue with a dial in front of it. The solution is: lion, leaf, bird.

Head down to the Library’s second floor and open the door to the south (not the one with the Spade lock) to find the Unicorn statue.

The solution is: fish, scorpion, jug.

The final medallion in Resident Evil 2 remake is located in the West Storage Room, which is the room you used to first access the Library. In the corner of the Storage Room, you’ll find some C4. However, activating it requires you to find two other items first.

First, you’ll need the round valve, which is found in the East Office. This location is only accessible after meeting Leon or Claire in the Courtyard. You’ll also need the Cutting Tool, obtained in the Courtyard after that meeting.

Bring the valve to the Shower Room in the West Wing, use it on the pipe, then follow the corridor to the STARS Office. Beware the Licker. You’ll find the Battery in the side room of the STARS Office.

Next, you’ll need to use the Cutting Tool on the chained door in the Operations Room, and you’ll find the Electronic Device. Combine it with the Battery to get the Detonator, then head back up to the West Storage Room to blow up the C4.

You’ll be able to enter the small area with the maiden statue. The solution is: maiden, bow, snake.

With all three medallions in hand, you can now head back to the Main Hall and find a way out of Resident Evil 2’s iconic police station.

On that note, if you’re playing through the game on New Game 2nd Run. The puzzle clues and solutions for all three medallions are different.

The clue for the lion medallion can be found in the Lounge on the second floor. It’s a Roll Film inside a yellow box, which you need to develop at the dark room sink in order to get the solution.

The solution is as follows: crown, fire, dove.

The clue for the unicorn medallion can be found in the Watchmen’s Room on the first floor of the East Wing. It’s on a desk, next to the officer who got ripped in half.

Lastly, the maiden clue can be found on the couch where Marvin is. The solution is as follows: ram, harp, crow.

And that’s all you need to know about how to get all three medallions in Resident Evil 2. Be sure to search for Twinfinite or check our Resident Evil 2 guide wiki for more tips and information on the game.

Question: How do you get the three medallions in Resident Evil 2?

Answer: They can be found on the second floor of the Main Hall, the Lounge next to the Library, and in the West Storage Room. See above for the exact puzzle solutions.