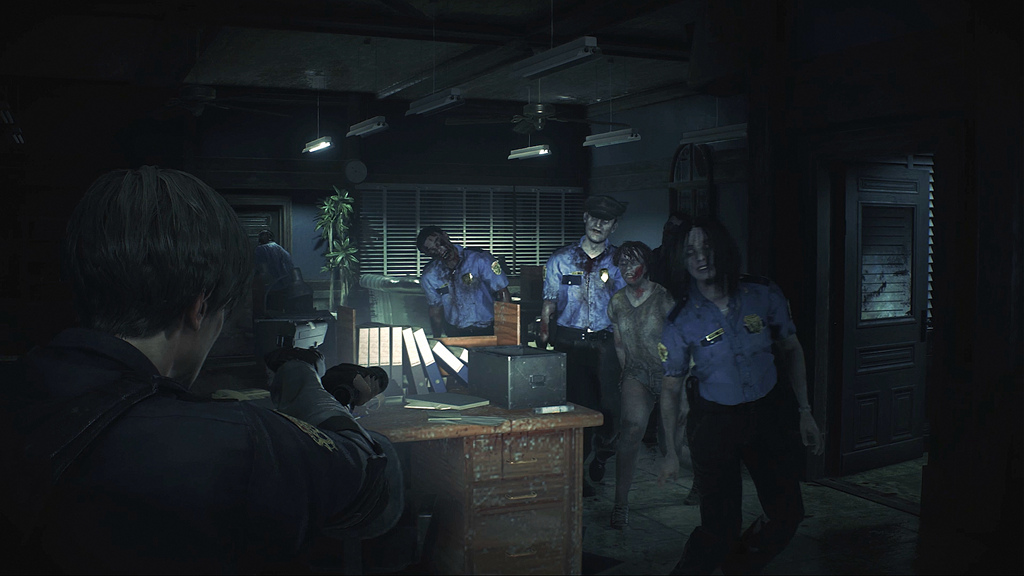 How to Beat the Resident Evil 2 Demo

Unlike most other demos you’ve probably played in your lifetime, the 1-Shot demo only lasts for 30 minutes, and you won’t be able to play it again once your time is up. Unless, of course, you create a new account to play it or something.

Here are the steps you need to take to beat the Resident Evil 2 demo, and we’ll go into greater detail after that:

Getting the Combat Knife in Resident Evil 2 Demo

So the first thing you need to do in the Resident Evil 2 demo is get the knife from Marvin, as that’s the one item that’ll allow you into the west wing.

As soon as the demo starts, turn right and examine the panel on the wall to open the shutters, then have Leon crawl through. Follow the linear path all the way to the end of the hallway, and into the small office where Leon attempt to rescue a cop getting mauled by zombies. This will give you the officer’s notebook.

Zombies will start appearing in the hallway, but you can simply run past all of them and head back to the shutters you first entered through. If you’ve got time, stop by the ladies’ bathroom to grab the first aid spray in one of the stalls.

Once you’re back through the shutters, a cutscene will play, and you’ll get the knife from Marvin.

With the knife in hand, you can now cut open the fuse box directly opposite the shutters you just escaped through. Grab the handgun ammo and herb, then go through the door at the end of the room.

Run through the linear hallway, pass the locked door on your right (you’ll need the Club key, which is not in the demo), and enter the next door that’s open to you.

In the left corner of this room, you’ll find a box you can climb up and into a new section of the west wing in Resident Evil 2.

Here, you’ll find a zombie distracted by the vending machine. Next to him is the door leading into the west wing office. Keep this area in mind, as you’ll need to come back here later.

Getting the Spade Key in Resident Evil 2 Demo

Instead of going into the west wing office, follow the corridor until you come to some stairs, take the stairs all the way up to the third floor, then follow the linear path to the small room waiting at the end.

On the table, you’ll find the Spade key. At this point, you can go through the other door in the room and get your first glimpse of the Licker, an iconic enemy from Resident Evil 2, but if you want to make a beeline for the ending, go all the way back down to the first floor.

Now, enter the west wing offices next to the vending machines and head straight to the back of the room. Go up the very short flight of stairs to find a locked door, then use the Spade key to open it.

Once through, you’ll trigger a cutscene with Marvin, and the demo will end.

And that’s pretty much it for how to beat the Resident Evil 2 demo with some time left to spare. Be sure to search for Twinfinite for more information on the game.