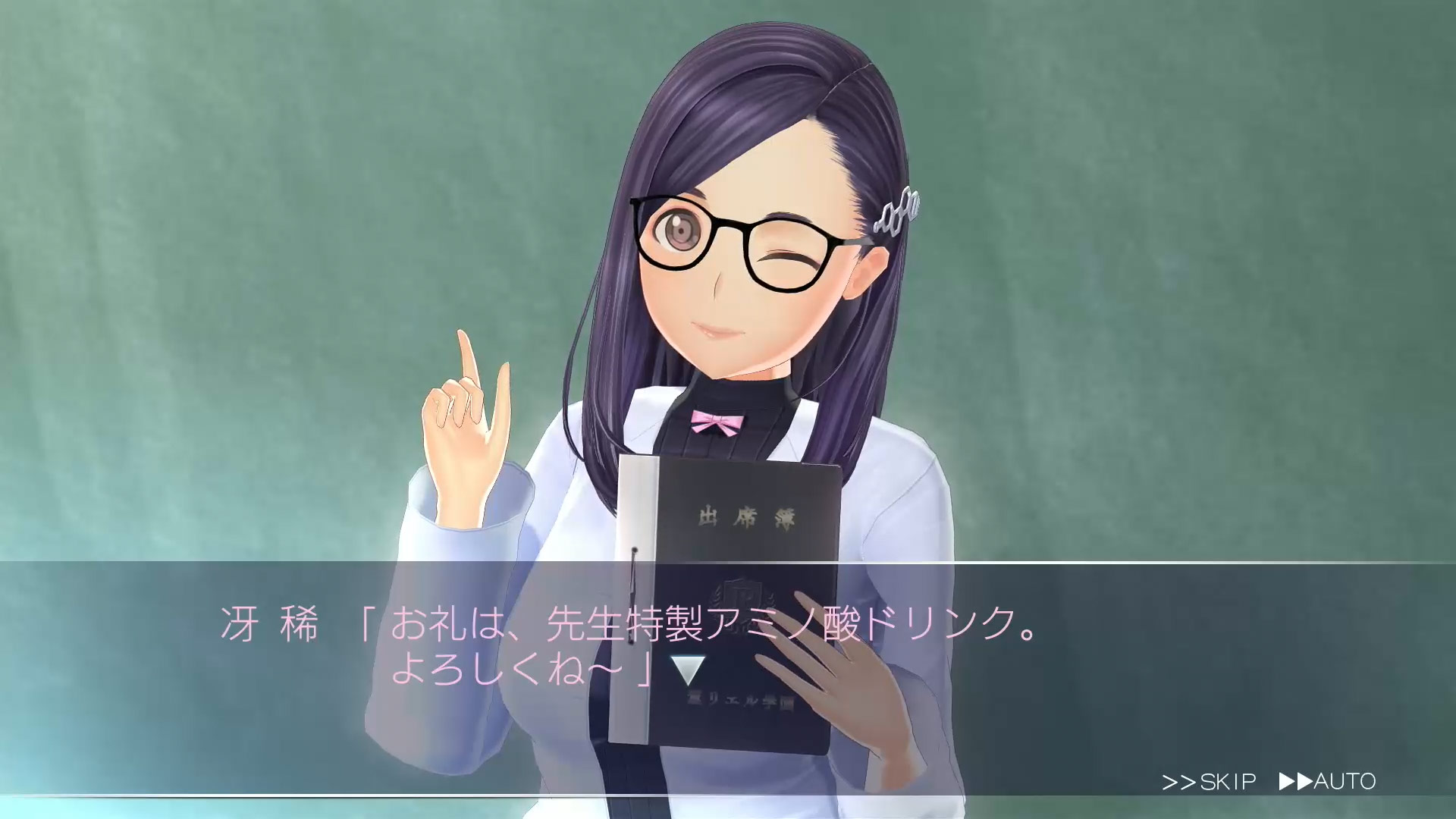 Ryusei Dojima is one of the hero’s classmates. Since he has hostile eyes and a stiff attitude, everyone avoids him, so he his always alone.

He is actually interested in photography and entered the photography club. This scared away the members and prevented others from joining, so he forces the hero to join himself.

Himari Saiki is a cute and serious chemistry and biology teacher who graduated at the best university in Japan with the highest marks. She then returned to her alma mater to teach in the hero’s class. She is very popular among the students, who are always eager to attend her experiments.

I can already see how many will start requesting that she gets her own route soon enough.

We also get to see an event that can occur after school. The hero can choose to take on a part-time job at a convenience store, and when one of the heroines comes to shop, an event can trigger.

Lastly, the screenshots showcase the white school swimsuits that will be distributed as a free DLC as an apology for the game’s delay.

You can check out the screenshots below. If you would like to see more about the game, you can also enjoy a recent trailer featuring Nanatsu, a gameplay video released a little while ago, more gameplay footage, a previous clip, and some more introducing each heroine. We also have a batch of screenshots featuring the LoveR Days mode, poses, swimsuits, and Bloomers, and another showcasing dates.

LoveR was originally announced with a Japanese release date of Feb. 14 to coincide with Valentine’s day but local gamers will have to wait until March 14. It will launch exclusively for PS4. At the moment, a western release has not been announced.