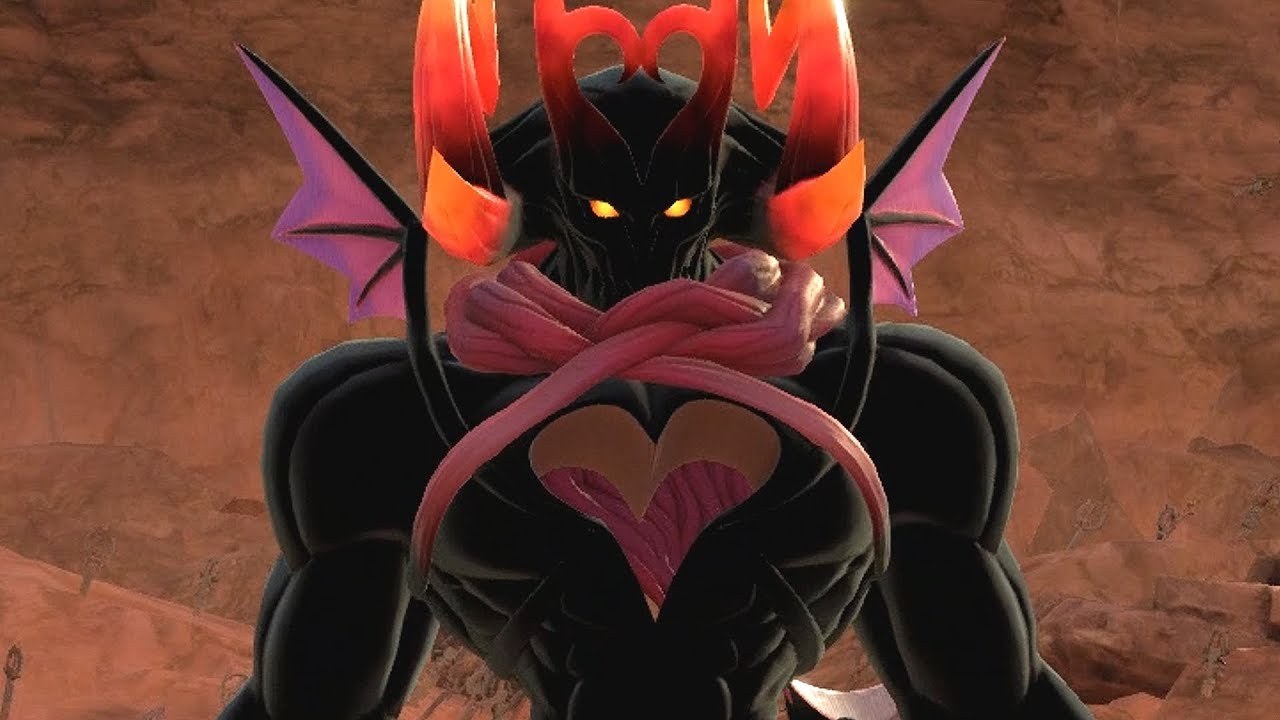 Kingdom Hearts 3 brings a climactic end to the Dark Seeker saga and the plot of Master Xehanort, with a handful of new mechanics and worlds. There’s plenty of elements that Kingdom Hearts fans know and love, though, and that includes a Secret Boss to fight. Here’s how to find and beat the Secret Boss (Dark Inferno) in Kingdom Hearts 3.

The secret boss of Kingdom Hearts 3 is an imposing Heartless named Dark Inferno, wielding two deadly looking swords. It may not be an iconic character, like some of the past secret bosses, but it’s one tough customer nonetheless.

How to Find the Secret Boss

Finding Dark Inferno is the easy part, but first, you’ll need to beat the story of Kingdom Hearts 3 and roll the credits. After you’ve beaten the game, 14 Battle Gates will appear across all the worlds. The secret boss is inside the 14th, which you can find in the Keyblade Graveyard.

Land at the Keyblade Graveyard and start at the very first save point, The Badlands, then just follow the path forward to the next open area where you’ll see the Battle Gate.

Unlike the rest of the Battle Gates in Kingdom Hearts 3, Sora has to go into this one alone, so you need to make sure you’re totally prepared. We were level 60 when we did the battle, on Standard Mode. If you’re playing on Proud Mode you’ll probably want to be an even higher level.

Here’s a few abilities you’ll definitely want equipped; Glide, Leaf Bracer, some form of Payback strike, Damage Control, Second Chance. Obviously, you can equip any other beneficial abilities you want, just make sure you have these.

Put your strongest Armor and Accessories on Sora. Hero’s Glove, which you get automatically from San Fransokyo, is a good choice because of its huge boost in Defense. Make your best choices depending on what you have, but focus on Strength and Defense, as you’ll basically be on the defense for much of the fight.

In terms of Keyblades, here’s what we went with.

Finally, bring your best items, so equip any Elixirs you might have and then round it out with a High Ether and Hi Potions.

Now we’ll get into the battle itself.

How to Beat Dark Inferno

There are three phases to this boss fight, noted by the aura around Dark Inferno. At first he’ll have no aura, then a purple aura will appear around it, and finally a red one. With each aura the boss will get stronger, and have longer combos.

Dark Inferno’s main attack has the boss closing in on you quickly and unleashing a sword combo. Make sure you get the timing of this attack down, as it’ll be using it a lot during the battle.

Defense is your best friend in this boss fight, and you’ll want to constantly be using the dodge and guard command. Block the boss’ combo, and unleash a payback combo of your own.

When the boss uses the attack where it plunges its sword into the ground and makes a bunch of white orbs appear, get ready to glide. Simply glide around the stage, and you’ll be too fast for the orbs to even hit you. Just watch out for the boss’ follow up attack afterward.

Once you get to the red phase, however, watch out as Dark Inferno will attack you at the same time it summons the orbs, making it much harder to avoid.

A good idea for secret boss battle is to spam your magic from a distance until you have a little left, then hold onto it until you need to cure. Once you’ve used cure, make sure to start playing even more defensively, and only focus on offense when you have a cure ready to use, as the boss can cause huge damage.

Dark Inferno also has an attack where a red mist appears around it, and then seconds later a huge blast is sent out. Make sure to jump when you see this attack, as it can be easily avoided by getting in the air, but not so much on the ground.

Again, once you get to the red phase, you need to be extra careful with this attack. Normally there are a few seconds where you can land your own attack after it uses it, but in the red phase Dark Inferno will immediately launch into a sword strike after using the blast.

Also be aware that its main sword combo will change in the red phase. Instead of coming straight toward you, the boss will teleport slightly to your side and then launch at you, so it’s a completely different timing window than the last two phases.

Try to conserve your items for the final phase, and focus on healing with cure and the Ever After Shotlock up until then. The red phase is significantly harder than the first two, so you’ll need everything you can.

If you’re really having trouble, don’t forget you can head to the Moogle Shop in Kingdom Hearts 3 and buy a Kupo Coin, which will instantly revive you if you’re killed, giving you a second shot.

That’s everything you need to know about how to find and beat the secret boss (Dark Inferno) in Kingdom Hearts 3. For even more tips and guides make sure to search Twinfinite, and take a look at our ever-expanding Kingdom Hearts 3 wiki.

Question: How do you find and beat the secret boss (Dark Inferno) in Kingdom Hearts 3?

Answer: To find Dark Inferno you first need to beat the game, then head to The Badlands save point of The Keyblade Graveyard. Find the Battlegate in the next open area.

You’ll want to focus on defense in this battle and guard a lot. Be aware that there are three different phases of increasing difficulty; the first one, the second where a purple aura appears around the boos, and a third with a red aura. See a full explanation in our guide.