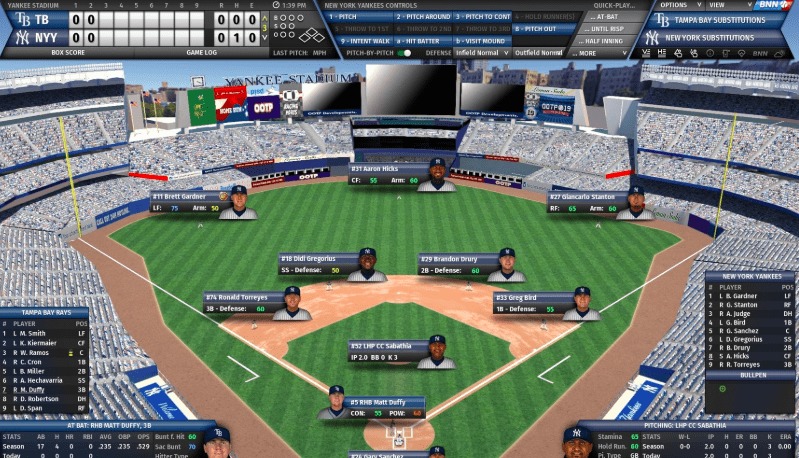 PC fans have been used fending for themselves for years now when it comes to MLB baseball. Even before 2K dropped out of the game back in 2013, PC gamers needed to look outside the box. These are the best baseball games on PC that you can play right now if you can’t play MLB: The Show.

Sport games in general are fleeting on PCs. Sometimes developers do show PC owners some love. Or sometimes, it’s years in between releases like was the case for the Madden series.

While it’s unfortunate that MLB: The Show is unlikely to ever come to PC, there are some decent alternatives depending on what you’re looking for.

Super Mega Baseball 2 is one of the most fun sport games to come out in recent memory. It’s silly, easy to play, and has a surprising amount of depth to it. One of its few major flaws though is that it lacks the MLB license.

If you can look past that though, it’s a great arcade-style game. Plus, as classics like the “Backyard” series of games have shown us, you can make fake players fun to use as long as the game has enough charm and personality, and Super Mega Baseball 2 has that in spades.

Out of the Park Baseball 19

Out of the Park Baseball 19 is the polar opposite of our last entry.

It’s an extremely in-depth and serious take on managing your own franchise. Like the Football Manager games from Sega, in Out of the Park, you’re tasked with running every nitty gritty detail if your favorite club.

You’ll need to properly scout, sign & trade players to build the most effective team possible. The MLB license is present here, and you’ll not only have access to all of the MLB teams and minor league squads, but also historical MLB teams and Negro League franchises as well.

Keep in mind this is a simulator game. You can play individual games, but you’re managing the game only and relying on percentages like old-school fantasy simulators. You’re not actually swinging and pitching.

As long as that all sounds good to you, then Out of the Park is a great option to consider for PC players.

RBI Baseball 18 honestly isn’t the greatest option but it does hold a unique niche worth considering for PC players.

It’s not as fun as Super Mega Baseball 2, it’s not as realistic as MLB: The Show, and its management isn’t close to as in-depth as Out of the Park.

However, RBI Baseball 18 is the only modern baseball game right now on PC that is officially licensed and has traditional gameplay modes as well. You can play through a season as the New York Yankees easily without having to create players.

Otherwise though RBI 18 is a rougher title from a gameplay perspective.

We think you would have more fun with the other two games, but if playing with officially licensed teams is important to you, RBI 18 is serviceable.

That does it for the best baseball games on PC. You have a few options for now, and if more come out in the future, we’ll be sure to update this post.