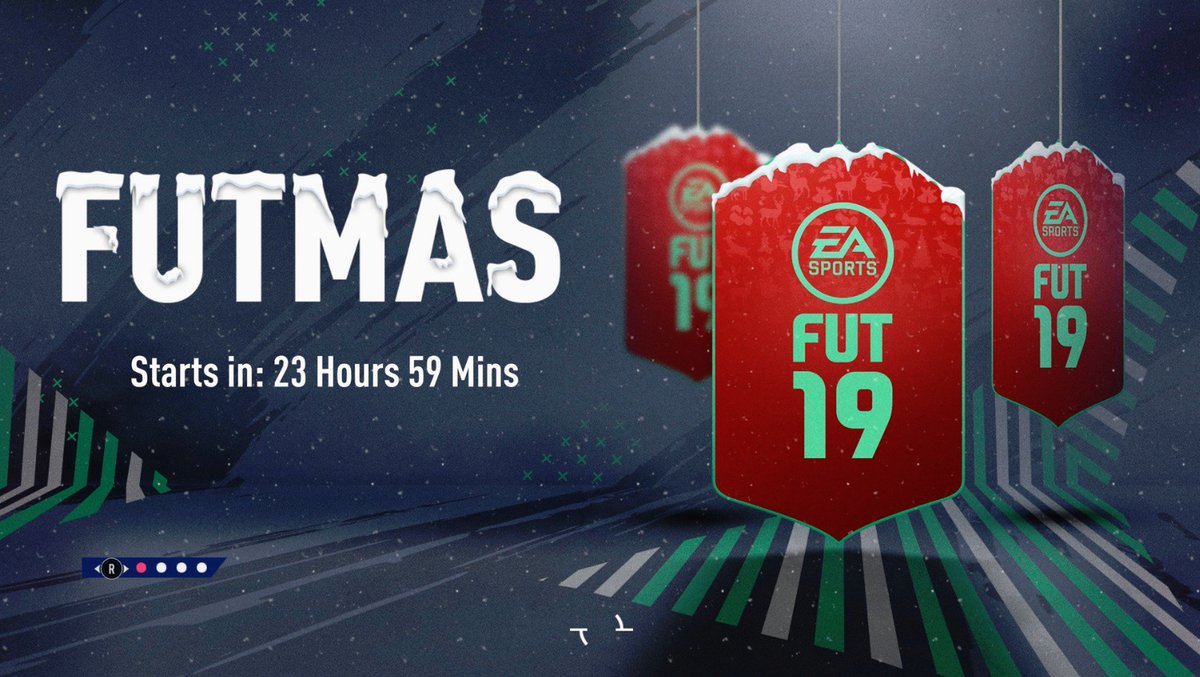 It is nearly time for FIFA’s annual FUTmas event that celebrates the holidays with special player SBCs. Last year, the full line up was leaked ahead of time but it’s been kept quiet this time around. Here are our predictions for the FUTmas player countdown SBCs in FIFA 19.

What EA Sports have done in previous years is countdown from the day the promo begins from 1-30 or 30-1, with the players being used playing for their respective clubs in the squad number that the day represents.

So day one of FUTmas (which begins at 1pm ET on Dec. 14) will be players who play in 1, 2, and 3, or counting down from 30 in the same way. EA are yet to explain how it is going to work in FIFA 19, but below are our predictions for the players that they are going to use, going from 1-30.

Now, it’s difficult to predict which players are going to feature in FUTmas for FIFA 19 because there are no set rules, aside from the number countdown.

However, we can predict by looking at which players have missed out on recent TOTWs, such as Heung Min Son and Lucas Torreira from this week’s TOTW 13. We also know that EA usually opt for popular players that haven’t received many, if any, other special cards in FIFA 19.

Players also don’t tend to be the top level cards in terms of rating and there’s usually a scale in terms of price each day. So, one cheap, one affordable, and another pricey.

Of course, none of these players have been confirmed at the time of writing to show up in FIFA 19’s FUTmas, but we will update you once the players are announced each day.

The players who are featured each day will be revealed at 1pm ET via EA Sports’ Twitter account.

That’s it for our predictions for the FUTmas player countdown SBCs in FIFA 19. For more on the game, check out our FIFA 19 wiki guide.