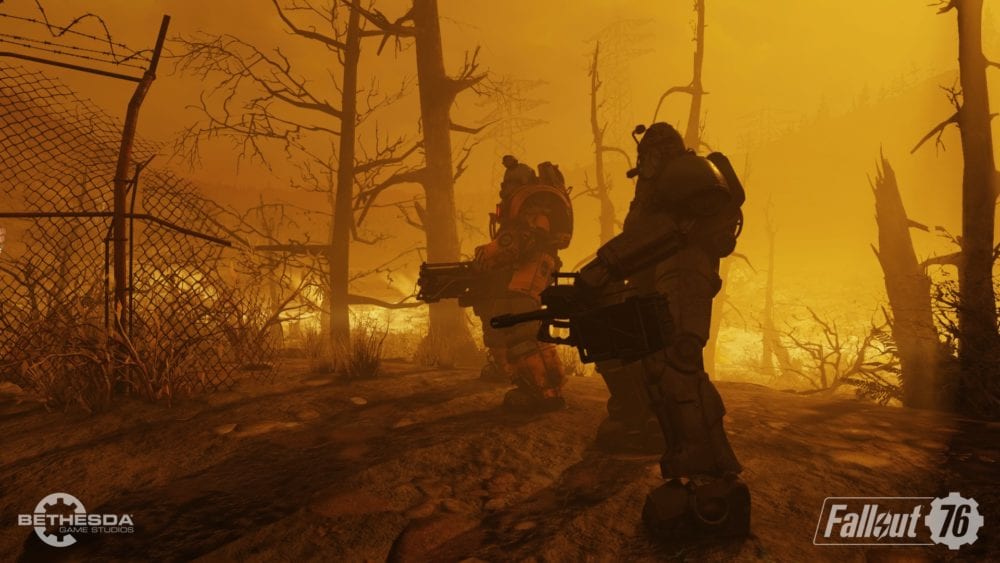 How to Get Out of Power Armor in Fallout 76

If you’ve finally managed to get your hands on some Power Armor in Fallout 76, then congratulations. You’ll now look like a hulking great beast prepared to take on anything the West Virginia wasteland throws at you. You’ll step inside it, get a massive boost to your Strength stat, and gain added protection both in terms of incoming damage and radiation damage, too. Problem is, when the Fusion Cores run out, you’ll be left unable to sprint. Here’s how to exit Power Armor in Fallout 76.

There’s going to be a time when, regardless of how awesome being inside Power Armor is in Fallout 76, you’ll need to hop out of it. Maybe you’re out of Fusion Cores and hate not being able to run about. Or maybe the armor itself is all busted up and you’d like to give it a rest before it breaks entirely.

In order to exit Power Armor in Fallout 76, you’re going to need to press the exact same button you used to enter it. That’s right, simply press and hold X on PS4 or A on Xbox One, and the Power Armor should make that hissing noise as it opens up and your character clambers out of the back.

There’s not really a whole lot else to the process, but keep in mind that if you leave a second set of Power Armor lying around the wasteland, it’ll disappear after a certain amount of time. If you’ve only got the one power armor frame, you can stash it (it’s pretty light at only 10lb), and it’ll be yours forever. Nobody can steal your awesome exoskeleton now.

It’s worth noting that by getting out of your Power Armor, it’ll be added to your inventory once it’s been left out in the wilderness of the wasteland for a while. If you want to completely discard your Power Armor, you’ll have to then go into your Pip-Boy, head to the ‘Apparel’ tab, find the Power Armor frame, and discard it, along with the various different limb parts.

That’s all you need to know to get out of Power Armor in Fallout 76. If you’re looking for more tips, tricks, and information on the game, be sure to check out our Fallout 76 guide wiki.

We’ve got guides on how to become wanted and lose your wanted bounty, what the max level cap is, how to get adhesive, aluminum, wood, springs, and screws. And even all of the answers to both the Fire Breathers knowledge exam, and that pesky Hornwright Industrial Exam, too.