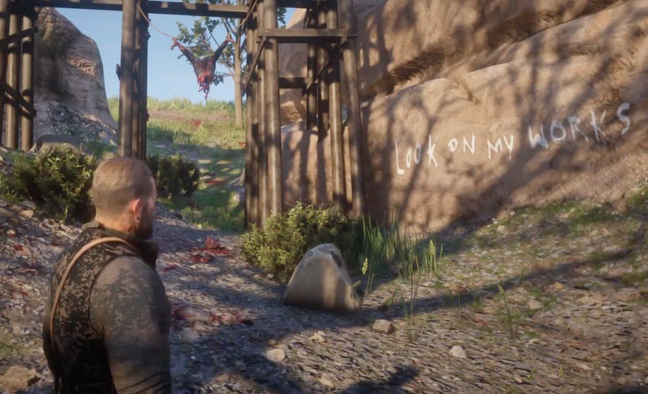 Few sidequests are as strange and macabre as the Serial Killer quest. Triggered when players stumble upon some carefully dismembered corpses in their travels, you can take the killer down. This can be a long and tricky process though, so we’re here to help with a guide on where to find all the serial killer clues and complete the quest in Red Dead Redemption 2.

Victim and Clue Number One

As stated earlier, the quest begins when you stumble upon a dismembered corse during your travels throughout Red Dead Redemption 2. More specifically, it can be found in West Elizabeth in a grouping of rocks and stones, southwest of Wallace and east of Shepard’s Rise.

The victim’s head will be perched on a rock while their torso will be strung up on another rock nearby, and “Do you See” will be painted on the largest rock in the group. Once players discover this, they can walk over to the head to find a note with a clue as to the next victim’s location.

The clue will point you toward the next victim with a vague map depicting a point of interest. This point can be found to the south of Bolger Blade and east of Braithwaite Manor, in the “S” at the end of the Scarlett Meadows label.

Here, you’ll find a head on a pike next to a large tree, with the torso hanging from its branches. The word “Behold” will be painted on the tree. Inspect the head and you’ll find another clue pointing you to the location of yet another victim.

The third clue will point you toward the railroad tracks south of Valentine, or more specifically the bridged section that can be found to the west of Citadel Rock and east of Castor’s Ridge. Here, you’ll find the victims legs severed and left in bloody piles on the ground.

A passerby will also shout in surprise and disgust at the scene if you’re having trouble finding it. Nearby, the victim’s torso can be found strung up to the bridge’s undercroft, with the words “Look on my works” painted on the nearby rockfall. To the left of this message and the torso, you can find the victim’s head and the last clue left by the serial killer of Red Dead Redemption 2.

The Location of the Serial Killer

When combined, the three clues create a map leading to the location of the serial killer and a safe combination. The map will trigger a Stranger Mission fog that will point you toward a secluded house to the west of Castor’s Ridge and directly south of the space in between the “A” and “L” of the Valentine map label.

The house will have a basement you can go down into where you’ll find a letter from the serial killer’s mother, a letter written to a local newspaper and other valuables and consumables.

As you go deeper into the basement, you’ll come upon a knife you can inspect. Doing so will trigger the serial killer to attack you, and after a brief struggle you can incapacitate him and take him to the sheriff in Valentine, ending the mission and making Red Dead Redemption 2 a little safer.

Hopefully this makes it a little easier to see the serial killer quest through to completion. Red Dead Redemption 2 is currently available on PlayStation 4 and Xbox One.

For more on the game, check out our comprehensive Red Dead Redemption 2 wiki for everything you need to know about the game.