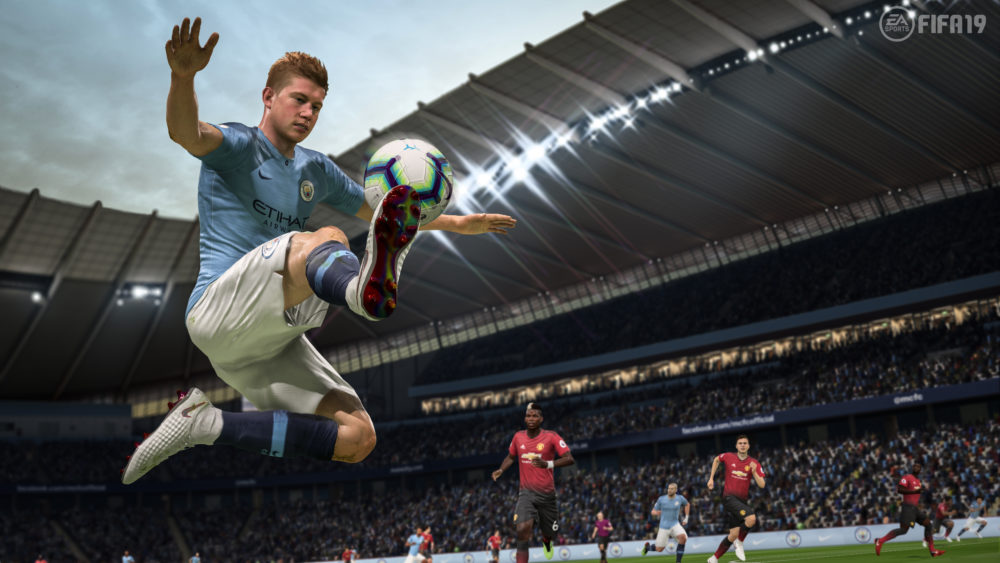 The FUT Champions Weekend League has been a contentious point in the FIFA world ever since its introduction in FIFA 17. It has been the place the best players in the world go to to face off against each other, and it offers the best rewards for your time.

However, its grueling structure, from qualification to competition, was a sticking point for many and it made for a stressful weekend. Without the rewards it offered, though, you had few ways of making the coins needed to build your Ultimate Team.

For FIFA 19, however, FUT Champions has changed somewhat. The basic structure remains the same, with you being able to play a certain number of games over three days in an attempt to climb a ranked ladder to get better rewards. It’s the qualification process and rewards system that’s seen a welcome change.

Divison Rivals is the big new addition for FIFA 19 Ultimate Team. Gone are the normal Online Seasons and Daily Knockout Tournaments, replaced by a ranked mode that sees you work towards increasing your skill level to get better rewards each week.

You’d think that a ranked online mode such as Rivals, especially one that runs all week, would become Ultimate Team’s primary focus, and in general time spent per week, that’s the case. However, if anything, FUT Champions is a bigger focus in FIFA 19 than it has ever been.

Thankfully, that sees the qualification process become fairer. In FIFA 18, FUT Champs was exclusive to players who could stay in Division 1 or 2 online, or win the Daily Knockout Tournament (DKT). However, winning the DKT wasn’t as easy as it sounds.

Players who had already qualified could take part, and the mode offered easy matchups and the most reliable matchmaking in Ultimate Team, making it more appealing than the likes of Online Seasons. It meant that many players struggled to qualify, though.

Rivals’ structure now means that the Weekend League is open to everyone. It’s simply a case of playing enough to qualify. It’ll take players in lower divisions a while to do so, since their points multiplier will be lower, but it’s no longer a case of not be able to, as it was before.

This change is great for FIFA 19 as it opens the best rewards up to everyone, making the weekly grind fairer and more rewarding. The game-changing rewards are no longer locked behind ability walls, making the mode a better experience for everyone.

Also, the tweaked Weekend League matchmaking system, that now works on Form rather than predicted finish, means you’re more likely to be matched against a player of your ability. Therefore, top level players will be kept to themselves and those that struggled to qualify won’t have a horrible weekend filled with loss after loss.

Once qualified, the structure changes also make for a far less stressful weekend. You can now only play up to 30 games (down from the 40 of previous years), and rank win requirements have decreased by 20 per cent on last year, without the rewards being reduced. That not only means that you don’t need to cram in 40 high-level games of FIFA into just three days, but the rewards are better per game than they were before.

You can now take a break after an annoying loss, allowing you to compose yourself and spread out your games. There’s no need to force games late at night or play 15 on the bounce. It’s a far more manageable system and the first weekend of the year that’s just finished was more fun that any of the past two years.

Also, you’re no longer punished for missing games or entire weekends. Last year, you may have needed to play extra games above your rank to hit monthly targets. Also, if you missed a weekend, you were essentially unable to hit the monthly target you had set.

Now, the monthly rewards have been split into smaller sets, but by week. You therefore now get between one and five red informs per week, depending on where you finished, which makes playing only what you can manage rewarding.

Also, you’re now unlikely to be left with un-wanted cards from the red in-forms. You now get Player Pick Packs, which let you choose between a selection of players. How they’re going to work exactly is still unclear, and will be until rewards go live, but it should make each set of rewards more useful, giving more incentive to play through the Weekend League.

No matter what you think of the gameplay in FIFA 19, the changes to FUT Champions have made it a far more appealing competition. When Rivals was revealed, you may have thought that it was set to take over as the main Ultimate Team mode, but the Weekend League is more important than it has ever been before. Everything you do in Rivals is built around qualification, making the process fairer, and the Weekend League itself is finally a more rewarding and less stressful experience.

These Friends-Themed Collectible Cosplaying Ducks Are Too Cute