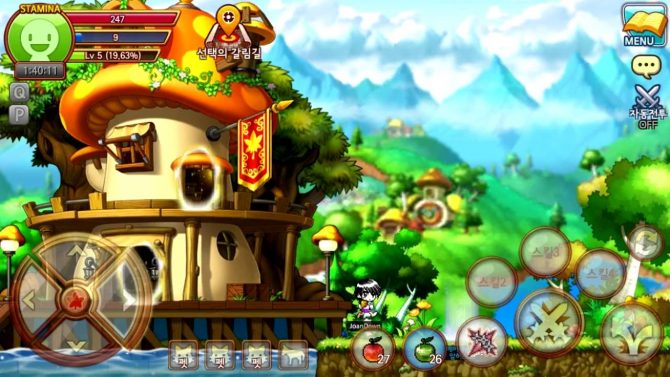 What the Best Class is in MapleStory M

MapleStory M is the latest adventure in the series, bringing all the action to your smartphone. Players can create their own avatar and customize their looks, clothes, and overall appearance before setting out on their grand quest. Before heading out on their journey, however, one vital step is picking a job class in the game. There are a total of six classes that each have their own skills and abilities. If you’re wondering what to pick, here is the best class in MapleStory M.

You have the option of choosing one out of the following classes in MapleStory M:

Generally, the class with the highest attack falls to the Bishop who can blast enemies away with an array of powerful spells. That being said, most of their attacks do rely heavily on MP, so you will be burning through plenty of potions as you make your way through the game. If you aren’t a fan of using spells or wasting your precious potions, you can turn to the Night Lord or the Corsair, as these classes also come with some pretty strong attack power. It’s worth noting that Corsairs are more ranged fighters who use guns, while Night Lords use their claws to get in close to their enemies.

That being said, there isn’t any “wrong” class to pick, and the best class in MapleStory M still falls to your personal preference. There’s hardly a gap between each of their base attack power, and not to mention that you can still enhance their stats through equipment in MapleStory M.

Choose the class that you feel comfortable using in the game. For more tips and tricks on MapleStory M, make sure to search for Twinfinite.