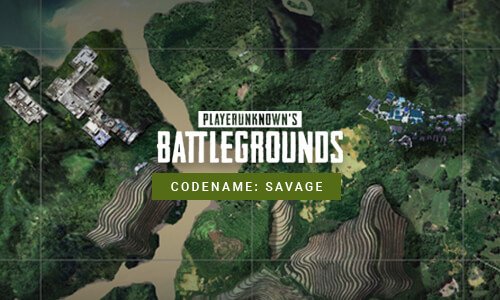 It’s been a little over a year since PUBG burst into the collective minds of the gaming mainstream. Not a day went by when we weren’t reading headlines detailing the game’s impossible sales numbers, or seeing it break record after record in terms of concurrent players. PlayerUnknown’s Battlegrounds seemed unstoppable, invincible even, but it was only a matter of time before another game would come to steal its crown, as it always does.

Looking back, it was so out of left field that it would be Fortnite taking PUBG’s thunder away, but through a mix of clever marketing and a shrewd business model, here we are. Fortnite is king. There are many reasons why one might choose to play Fortnite over PUBG, but in my eyes, it’s all about pacing. PUBG is a game that takes itself extremely seriously. It’s a PC game through and through, concerned with realism and skill above all else. There’s no doubt that PUBG offers a thrilling experience, but each match comes at the cost of a hefty chunk of a player’s time and a whole lot of stress. So much of the game is spent creeping across one of its huge, open maps, biding time and hiding in buildings, waiting for a chance to take advantage. Fortnite on the other hand, is pure, unadulterated arcade fun. Its bright colors and wacky emotes present a more self-aware, tongue-in-cheek game, one which is easier to get into, but just as hard to master. The maps are inherently smaller, the action more frequent and as a result, the matches shorter. Fortnite takes the PUBG formula and condenses it into smaller, more digestible chunks, appealing to a larger audience naturally.

In comes Savage then, the latest map to arrive to PUBG, and believe me when I say that this one is a little different. The lush tropical map is almost vibrant in its color palette, a far cry from the washed out desert vistas of Miramar or the lived-in Soviet region of Erangel. More importantly though, Savage is much smaller than the other maps. It measures in at 4×4 km compared to Erangel’s 8×8, a small change which drastically alters the game. Like I mentioned previously, the main difference between Fortnite and PUBG is in the pacing of matches. Savage crams players into a smaller space, increases weapon drops, and encourages PvP action upfront. Where you’d previously go 10 minutes without seeing a single player, you’re now constantly getting into firefights. Gone are the literal hours of your life spent hiding in bushes, only to be sniped from a mile away.

By encouraging player meetings from the very beginning of each match, PUBG has managed to emulate the quick, more eventful feel of Fortnite, and in doing so, it definitely comes out swinging. Rifles seem to be littered all over the map, eliminating the mad dash to find any weapon possible which usually dominates the opening minutes of a match. These initial player encounters are actually a lot more even as a result, given that everyone has managed to find a pretty decent weapon in the first minute or so of landing. The tense and tactical dynamic which PUBG is known for is still present for sure, it’s just tweaked slightly, sped up, and distilled. Reliance on vehicles is lower, the blue zone appears to move faster given the smaller size of the map and it’s very common to end up in the final circle.

There’s definitely the impression in the mainstream gaming audience that Fortnite is the more fun game out of the two, with PUBG being seen as more serious and tactical. Pop into any Twitch stream showing Fortnite and you’ll likely arrive smack-dab in the middle of an exciting shootout. With PUBG, not so much. What PUBG needs to start aiming for is a more accessible experience for those who just want to sign on, play a couple of matches then call it a night, that is, if they aim to compete with Fortnite. Savage is a huge step towards this because of the way it packs in more of the excellent action the game can offer, just into a much shorter time-span. The map gives the impression of a developer having some fun with the game it’s built, something which can surely only attract more people to it. It’s a derivative move, sure, but one the team has definitely earned the right to make.

Of course, it’s not just gameplay differences which account for the dissonance in sales between the two battle royale shooters. PUBG has some very real problems with optimization, both on PC and especially on Xbox One. Fortnite, by comparison, runs incredibly smoothly and is simply more polished, no doubt benefiting from being on the market for longer, albeit under a different name and genre. There’s also the problem with cheaters that PUBG has been having recently. Things are getting better for sure, but when there’s another, more polished game available, especially one that is free of charge, they need to move faster.

It does seem that PUBG Corp is listening to its fans and actively seeking out a new demographic of new ones. The team recently announced that the game would be getting limited Event Modes which will bring custom matches with new parameters and rules. This is something which Fortnite has had a lot of success with, and definitely shows a lighter side to the otherwise straight-faced military shooter. These small steps seem to point towards a narrowing of the gulf between PUBG and Fortnite, steps which are necessary for the former to compete. Savage is perhaps the most vocal shot across Fortnite’s bow that the PUBG team has fired since release, one which I genuinely think will help counter Fortnite’s seemingly unstoppable dominance. The map is currently in beta on PC, you can sign up here.