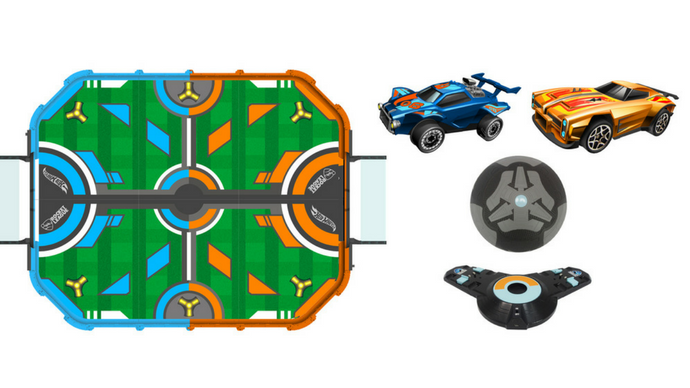 The set will come with a game ball, charging base, arena that you must set up on your own, and the two aforementioned cars so you can set up your own games to play with. You know, outside of the digital world. Remember imagination?

“We’re thrilled to further our partnership with Hot Wheels and bring Rocket League to life with this upcoming toy set,” Jeremy Dunham, Vice President of Publishing at Psyonix stated. “But that’s just the beginning of what we have planned. You can expect to see some really, really cool things come out of our new Hot Wheels alliance.”

This promotion is an offshoot from the huge Hot Wheels collaboration between Rocket League and the toy manufacturer, so it looks like this was a match made in heaven. There’s no pricing or release information for the set just yet, but it looks like it’s going to be a blast.