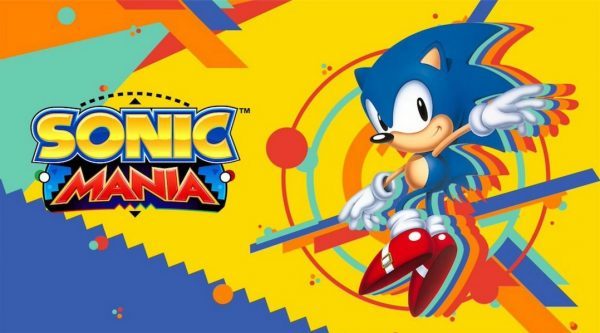 It may be a couple of months until its release, but Sonic Mania is the chosen one, and it even has the high ground. I’ve seen the trailers and read impressions from my colleagues. The only thing that was left for me, a 28-year old Sonic the Hedgehog veteran that started playing video games through the original Genesis classic Sonic games, was to get my own hands on it and see for myself that it’s the real deal.

Despite my strong affinity for the seres, I’m not blind to the fact that Sonic games sometimes are not good. I’ve been critical, and I’ve been hopeful, and of course there’s the original dagger to the heart which was Sonic 06. But I’m here to tell you that Sonic Mania is going to be the best Sonic game ever released since Sonic the Hedgehog 3 & Knuckles, certainly for 2D fans at the very least. If it is anything other than that, it will be the single most shocking, and biggest disappointment in my gaming career. The reason for the dramatic tone is because I’ve never been more sure for how good a game is from just trailers and some hands-on time than I am for Sonic Mania. The reason for that is because what makes up a good Sonic game is quite simple actually, and it’s astonishing that it’s taken this long for SEGA to just check those boxes.

The three most important aspects to great Sonic gameplay are all present, and well executed in Mania: Level design, physics, and the balance of speed/platforming in addition to the nearly always present (even in bad games) colorful zones and A+ music.

There are a multitude of branching paths in each zone/act that we played which rewarded exploring off the obvious path, and are filled with unexpected shortcuts that make use of the new souped up shields that can be collected. Each character has their own traversal style (speed/dashing, flying, and climbing), and will approach each level very differently from each other which should add to the game’s replay value.

Physics, a talking point that’s always at the heart of discussions about new 2D Sonic games, won’t be an issue in Mania. The game’s physics feels exactly like the Genesis games. Tactically tucking into a roll builds speed and momentum as it should and there shouldn’t be any issues with sticking magically to a wall as this video demonstrates.

Finally, platforming, an element of Sonic games that have been less of a focus in the more modern games is definitely back at the forefront in Sonic Mania. The acts we got to play featured sections that encouraged speed, ones that focused on precision platforming, and others that were a mix of both, where skilled players could cruise through with alacrity and novices could take their time to nail their jumps.

It’s perfectly fine that the 3D Sonic games have evolved to where speed and split-second decision making are the core gameplay defining features. With each passing game, the modern Sonic formula gets significantly refined and Sonic Forces could be the game that gets the franchise over the hump in terms of having non-fans warm up to modern gameplay. However, the time for messing around/experimenting with the 2D formula is over.

The “Rush” and Advance portable games were good Sonic games, but they had a different enough style of play, or feel to them, that it’s hard to compare them to the originals. The only attempt to really be a direct continuation of the original games was Sonic the Hedgehog 4 and that, well, was a decent enough Sonic game, but was a total failure in terms of being a proper 2D home console follow-up to the original games and is much maligned for even trying to try and ruining the revered “Sonic the Hedgehog 4” name.

It took a while but SEGA finally gets it, and they put the perfect person at the helm in Christian Whitehead to ensure the game’s success with its most loyal fans. It’s OK to let your guard down just this one last time. We’re pretty sure you’re not going to get burned.