There are quite a few trophies and achievements in Final Fantasy XV, with several being hidden and some requiring a bit of skill. Here’s how to get each one available in the game so far. We must warn you that there are some spoilers ahead, so read on at your own risk. 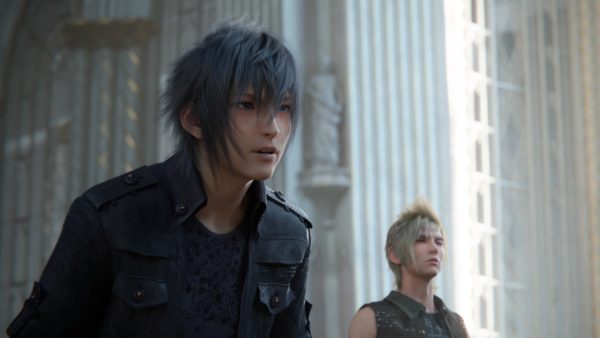 Story related trophies and achievements revolve around just playing through the campaign. The vast majority of these are impossible to miss as long as you beat the game. Only one of them is missable due to it being tied to the difficulty level you set the game at.

The World Wanderer (Platinum on PS4) – Collect all other trophies.

No Turning Back – Complete the second chapter, can’t be missed.

The Open World – Complete the third chapter, can’t be missed.

A Way Forward – Complete the sixth chapter, can’t be missed.

Party of Three – Complete the seventh chapter, can’t be missed.

The Heart of a King – Complete the tenth chapter, can’t be missed.

In the Dark – Complete the eleventh chapter, can’t be missed.

End of Days – Complete the twelfth chapter, can’t be missed.

Chosen King – Defeat Ifrit on Normal Difficulty. Ifrit is the last of “The Six” you’ll obtain, and is the penultimate boss encounter in Final Fantasy XV. He’s a tough cookie, and even harder to face on Normal. You must defeat him on normal, though, if you hope to obtain this trophy/achievement. 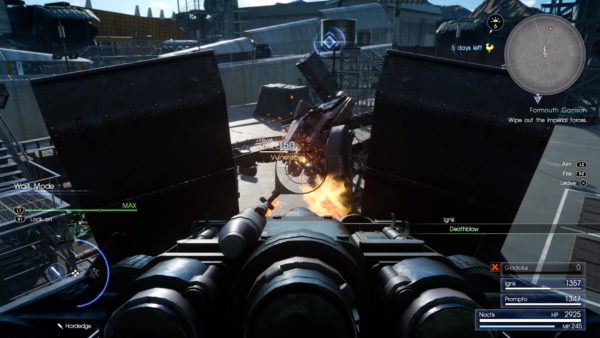 There are no trophies tied to any specific sidequest with the exception of one hunt which is quite possibly the most difficult of the trophies and achievements in Final Fantasy XV. However, you do have to do a ton of sidequests as you play, even though it doesn’t matter which one you do. For the Spinning a Yarn and Tapestry trophies, hunts do not count, so keep that in mind. You’ll still want to do some hunts, though, as they’re a great source of experience, Gil, and treasure.

Spinning a Yarn – Complete a sidequest. Side quests appear in a number of ways. You can get them by simply passing by the right spot, or by seeking out the yellow question marks on the map. Just keep doing them to get this and the next five trophies and achievements on the list.

My First Hunt – Complete a Hunt. You only have to complete one for this trophy and achievement. Hunts can be given to you by any person running a restaurant. If they have a fork and knife icon on the map, that’s who you want to speak to.

Tortoise Toppler – Defeat the Adamantoise. It’s a tough fight, so here’s a guide to help you out. 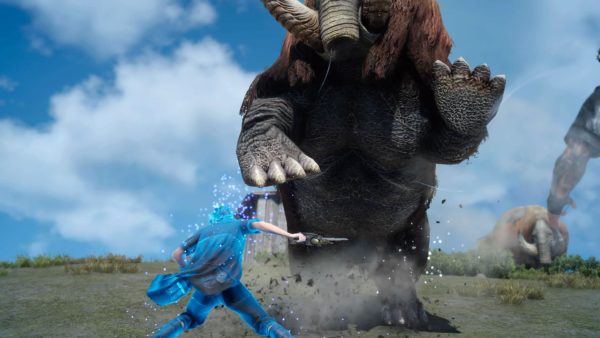 Each of the four main Final Fantasy XV characters – that’s Noctis, Gladiolus, Ignis, and Prompto – have their own special skills as well as abilities that they can use in combat. There are 11 trophies and achievements revolving around these. You’ll have to earn quite a few Ability Points (AP), but these are all very straightforward.

New Power – Learned your first ability. The Ascension tab in the options menu is how where you spend your AP. You’ll get this trophy/achievement

Angling Rookie – Raised Noctis’ fishing level for the first time. You raise the fishing level by fishing successfully. Catch fish and you’ll increase the level. You’ll want to definitely go after variety, as it will help you a lot more than constant a bunch of repeats.

Survival Rookie – Raised Gladiolus’ survival level for the first time. Gladiolus’ skill goes up by walking around, that’s it. He’ll start fining and picking up more items to help you out.

Photo Rookie – Raise Prompto’s photography level for the first time. Prompto will most likely be the first character whose skill you will level up. He automatically takes pictures between each time you camp. Each time will level him up which will also unlock new filters.

Cooking Rookie – Raise Ignis’ cooking level for the first time. Ignis cooks meals for your party but only when you use an outside camp, not a trailer or any type of hotel. The more he cooks, the quicker you will raise his skill’s level. 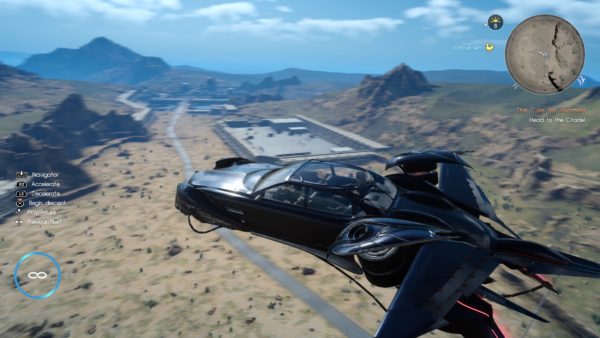 Outside of story, sidequests, and abilities are a few trophies and achievements revolving around miscellaneous tasks you must complete in-game. Most will occur naturally as you play.

Learner’s Permit – Drive the Regalia once. Shortly after starting Final Fantasy XV, you will gain the opportunity to drive the Regalia. Just drive it once and this will pop.

Chocobo Jockey – Ride a Chocobo once. Before you can even think about riding one, you will have to unlock the ability to do so first, here’s how.

Regalia Pilot – Fly the Regalia Type-F once. Although it was advertised quite a bit leading up to the release of the game, you will have to unlock this beautiful ride before you can use it. It’s not just granted to players as a part of the story.

Faithful Heir – Collected all 13 Royal Arms. Their are 13 Royal Arms which are weapons of previous kings. You will be guided to eight of them through the story with the other five being well hidden.

Just Hangin’ Around – Use point-warp for the first time. You’ll pull this off during your early battles. Simply warp to any point during a battle.

Brother-in-Arms – Command an ally for the first time. Your allies each have a special ability. When your tech meter has at least one slot full, hold L1/LB then press the corresponding button on the d-pad.

Blind Spot – Perform a blindside link for the first time. Attack an enemy from behind while an ally is nearby. It make take more than one try, but your ally will trigger a link-attack.

Noct You Like a Hurricane – Trigger a link-strike right after parrying an attack. Just like the Blind Spot trophy/achievement, but it’s triggered directly after a parry. If an ally is close when you parry, there’s a high chance it will trigger.

The Power of Kings – Summon the Armiger for the first time. After obtaining three of the Royal Arms (the story will lead you to your first three), you’ll gain the ability to summon the Armiger (L1+R1/LB+RB) when the ring around your weapons on the lower left corner of the screen is full.

Magical Worker – Craft a spell. Absorb some energy from around the world and head under the Elemancy tab in the main menu (touchpad/Views button). You’ll need a flask which you can buy or find out in the world. Craft any spell (doesn’t have to be strong) and you’re done.

Black Mage – Use a spell. Simply use any of the spells you’ve crafted.

Divine Intervention – Summon one of “The Six” for the first time. “The Six” refers to the summon you’ll obtain throughout the story. When you summon as part of the story, it does not count. So you’ll just have to wait until you can trigger one out in the world. You have a higher chance of triggering a summer during tough battles such as those inside of dungeons.

High Five for Justice! – Play Justice Monsters Five. This is Final Fantasy XV’s pinball-like game. You can find machines in some diners, just walk up and play a game.

Immortal Photobomb – Catch Gentiana in a photo. When you take the photo is completely random, but make sure you look at all of the photos that Prompto takes after seeing Gentiana in the story for the first time. You don’t have to save the image, just view it. Once you do the trophy/achievement should pop up.