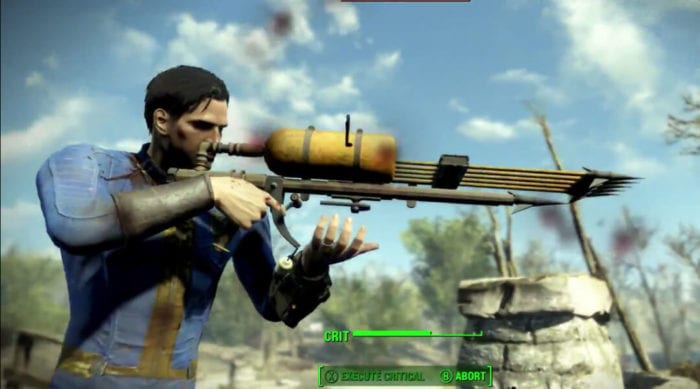 Far Harbor, Fallout 4’s brand new expansion, takes players to an island off of the coast of main. There is now a much bigger water threat, as well as plenty of critters swimming around in the irradiated stuff. If only Fallout 4 had some type of Harpoon Gun… Well, Far Harbor added in just that and here’s how to get it for yourself.

All you need to do is head to Far Harbor, then locate Allen Lee’s Gun Store. It is here that you can purchase the gun for 200 Caps (not a bad price for such a coveted item). It’s a very heavy weapon, meaning it fires slow but deals a sizeable amount of damage. If you want to really scare the life out of enemies, upgrade it to fire like a shotgun. That way you’ll be able to shoot a bunch of mini harpoons in a small area.

Don’t give this gun to your companion if you don’t have the Inspirational Perk (CHR 8), as they will shoot you in the back indoors, just like with a Missile Launcher, and nobody wants that.

For more guides on Far Harbor and Fallout 4 in general, be sure to check out our Fallout 4 wiki.