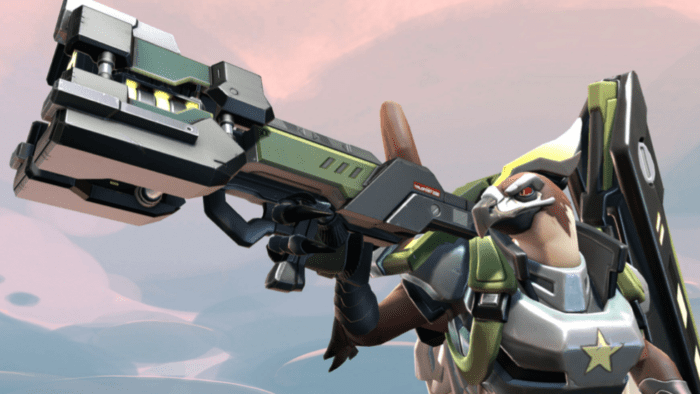 Benedict is the badass looking bird character you may have spotted within your Battleborn line-up. He’s got a massive gun to really bring on the damage and some wicked sweet wings.

“Brash and arrogant Benedict loves three things: himself, rockets, and himself. Though his left wing was crippled during the evacuation of his homeworld, Benedict is still capable of limited flight, raining down rockets from a high vantage point.”

How to Unlock Benedict in Battleborn

In order to get Benedict, you’ll need to either reach Command Rank 10 or win five matches as a Peacekeeper character.

Comments
Continue Reading
Related Topics:Battleborn, benedict, character, get, How to, unlock, where