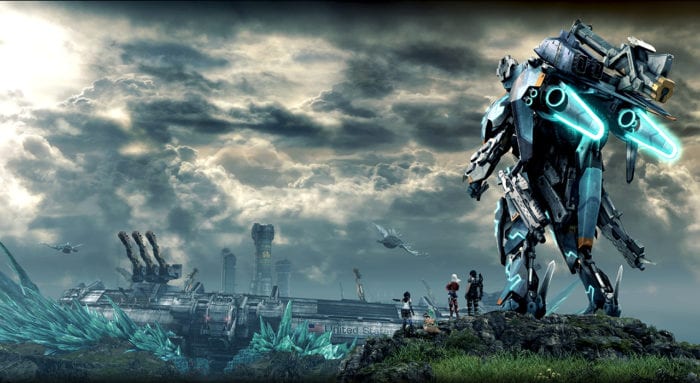 Many people who have invested hours into Xenoblade Chronicles X may have succeeded saving the human race from extinction, they have explored the entirety of planet Mira, and they have defeated the Ganglion menace, but they might now be asking themselves, “What’s next?”

The game’s creator, Testuya Takahashi, has long been a veteran to game development, even assisting with designing stone walls for Final Fantasy IV in the early ’90s. He doesn’t plan on stopping anytime soon, though, and with good reason; Xenoblade Chronicle X wasn’t a booming financial success, but it did win over the hearts of critics with excellent gameplay and a vast and vivid world to explore.

Naturally, Takahashi is already getting the gears turning for the next game in the Xenoblade series. The mystery is what it will be like, though. He’s giving out some details as to what he and his team over at Monolith Soft might be going for.

MORE MECHS PLEASE AND THANKS OKAY???

As Xenoblade Chronicles was more like the typical fantasy JRPG, and Xenoblade Chronicles wound up more along the lines of a science fiction title, Takahashi wants to continue the trend of testing the waters of different genres. In an interview with IGN UK, he specified that he would rather not be “confined to a specific genre.” For all we know, it could in the time of feudal Japan, or it could be a Western. The games are wacky enough already; it’d be great to see them really stretch the possibilities.

One thing is for sure, though: the story is due to get some improvements. In its transition to a open-world game, the development team for Xenoblade Chronicles X seemed to have prioritized its gameplay elements over storytelling. As a result, the plot for X wasn’t quite as riveting as many would expect. That’s not to say it was bad, but it felt like a downgrade from the tale of Xenoblade Chronicles, and Takahashi agrees.

“Beautiful. Don’t you think so, only-characters-I-know-the-names-of?”

Overall, Takahashi has listened to a lot of the feedback from players, and has addressed many of the issues he would wish to resolve in the next entry. He specified, “A more heated and exceptional story, an easy to use interface, refined combats; all these points identified stick in my head.”

An exceptional scenario seems to be the focus for what might be in store for the series, but this could also mean a compromise in how much freedom the player may be given. Typically, one of the biggest challenges for developers is providing a compelling story seamlessly woven into a large sandbox. Open-world games typically allow players to create their own stories along the way to the endgame.

One does not simply forget Noctilum.

As a result, you might find players recounting much more riveting tales of their adventures aside, rather than what the main story offered them, as was most often the case with people who played massive Elder Scrolls V: Skyrim.

Likewise, as Takahashi mentioned, the interface was another common gripe among players that fans could really look forward to getting cleaned up. Many critics noted the bevy of statistics and general information frequently littering the screen in Xenoblade Chronicles X. Of course, many of these bits could be hidden through the game’s settings, but a player shouldn’t really have to compromise.

Feedback truly is invaluable, and it’s great to see a developer like Tetsuya Takahashi taking critiques very well into account, for future reference. As Xenoblade Chronicles X only released in non-Japanese territories just a few months ago, the next installment hasn’t been announced yet. Nevertheless, that shouldn’t stop fans of the series from getting excited.

There’s nothing wrong with a little speculation. Maybe it’ll even be on the NX, whatever that’s supposed to be. If these last couple of games are any indication, one can expect something just as grand if not grander on the way. Regardless, this is the way each piece of work ought to be observed, as there is always room for improvement, as each succeeding project ought to build off of its strengths. Takahashi certainly understands this. We just really hope we get more beautifully badass battle mechs again.