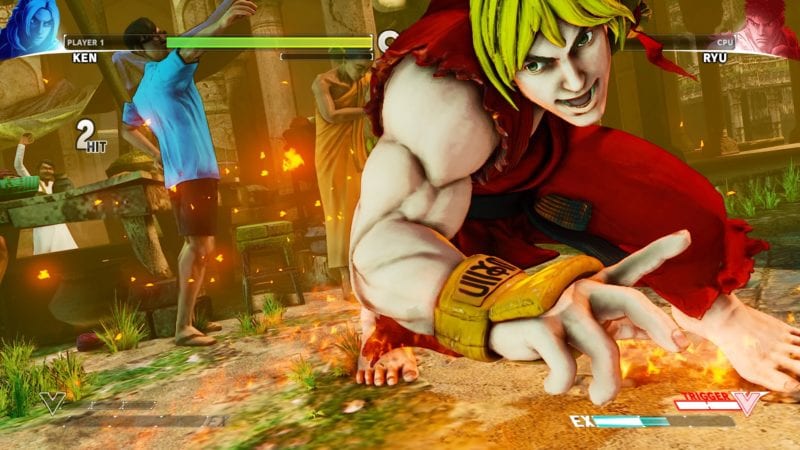 Your opponents in Street Fighter V are going to, of course, try and hit you. Everyone is vying for victory, and the only way to achieve it is to go through the person standing across. Thus, there will be punches flying, Hadoukens thrown, and combos chained in order to make it happen. It really sucks to be on the receiving end, especially if all you can do is block and hope for it to end. It’s a good thing that Street Fighter V presents another option: the parry.

By hitting M. Punch and M. Kick right before an opponent’s attack connects, you will parry it. This will leave them temporarily open for you to punish them, and will not force you to move back as if you were blocking regularly. Even better is that the parry works on all attacks.

One thing you should note is that not all parry attacks are created equal. You can look at Ryu and Cammy for some notable differences. Ryu uses the Mind’s Eye ability which lets him fully absorb any attack as long as it’s perfectly timed, but he doesn’t move at all. Cammy, on the other hand, twirls around the attack and punishes with a sharp elbow to the mid section. If triggered close enough, she will even get behind her opponent.

Either way, you’ll need perfect timing to nail a parry. What follows next depends on the character you choose.