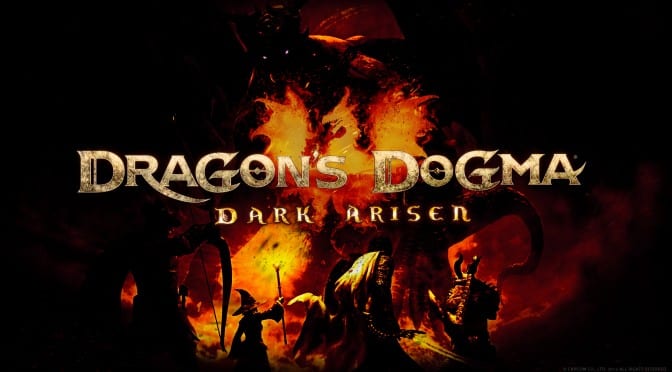 Ah, gold. There’s just something about open-world RPGs that just make players want to amass huge fortunes so that they can purchase whatever their heart desires. New shiny armor to deck out their party, fancy weapons, all the potions an Arisen could drink, and tons of herbs…for adventuring purposes of course.

For some, obtaining gold isn’t exactly the easiest thing, especially in the beginning of the game. If you’re the nervous type who’s constantly resting at the Inn (at 500 gold a pop), buying tons of ingredients and elixirs, or just gifting like a crazy person in the hopes of winning a particular NPC’s love. Whatever the reason, you need gold and you need it now.

To help you out we’ve put together a few tips on how to fill your coinpurse to bursting point, and keep you the richest warrior in all of Gransys.

Sausion is an augment that is all about increasing your gold intake. This augment is a rank 2 Mage skill that increases your selling prices by 15%. The best part about the augment is that it stacks. So, if all four party members have the augment, you will get 74.9% more gold than you normally would while selling something.

You’ll be able to equip yourself and your main Pawn with the augment once you unlock it, but finding Pawns in the rift with the augment is a bit more challenging. But if you take your time and look through each one (preferably over level 35 which is when the augment unlocks) you will eventually strike gold. Favorite those Pawns so you can release them when done and find them again. But, while you have them with you, go sell all of your wares.

Wakestones are very useful items in Dragon’s Dogma: Dark Arisen. They are used to revive members of a party that have fully died (including yourself). You can obtaining one of these by acquiring three Wakestone shards or a complete Wakestone.

With an item as useful as this, you’d probably assume that they are very rare. But, it turns out that they’re pretty common drops in The Everfall. You can enter the Everfall pretty early on, but you should know that it is a pretty challenging area. But if you can manage the earlier areas you should be fine and able to farm these stones.

Once you have a sizable amount, you should head back to Gran Soren to sell them. You can get 30K gold each without any buffs, so that is not too shabby at all.

Bitterblack Isle houses tons of treasure and secrets, some of which are cursed gear. These are rare weapons and armor whose perks are hidden behind a curse. Taking these to Olra will give you the ability to cleanse them in exchange for some of your hard earned Rift Crystals. But once they are cleansed, their value shoots up.

After some time, you’ll start getting repeat weapons and gear, things that you just don’t need. You can sell these for lots of gold.

Dragon’s Dogma: Dark Arisen is difficult enough already, but for those brave enough, there’s a hard mode to play through as well. This ups the challenge significantly, but it also increases all of the rewards in the game, including gold.

If you feel that you can handle the larger hoards, stronger foes, and smarter, more aggressive AI, then this is the way for you. You’ll earn way more gold doing the things you were going to do anyway, and when you throw in the Sausion and farming on top of that, you’ll be raking in more gold than you could possibly know what to do with.

This is for more advanced players since the Ur-Dragon is an endgame boss, but you will reap great rewards from the encounter. There is an online version as well, but it is much harder to farm, and far more challenging. One thing to note is that the fight must always be done on normal.

Things to keep in mind are that it is especially weak against Holy, and Slash and Bash damage are helpful as well. It is immune to all status effects, so a slow and steady stream of damage is important. You’ll also want to focus on its hearts. They’ll light up specific areas of the body in a purple glow when enough damage is done. It will take awhile, and if you are having trouble just go and level up for a bit then return.

When you do finally defeat it, you will be rewarded with not only a ton of gold, but 20 Wakestones (which you can sell for another ton of gold), weapons, and other items. This is one of the best ways to farm gold if you’re powerful enough so get your dragon-slaying skills ready.

Before you know it you’ll be making Scrooge McDuck green with envy at your bank account.