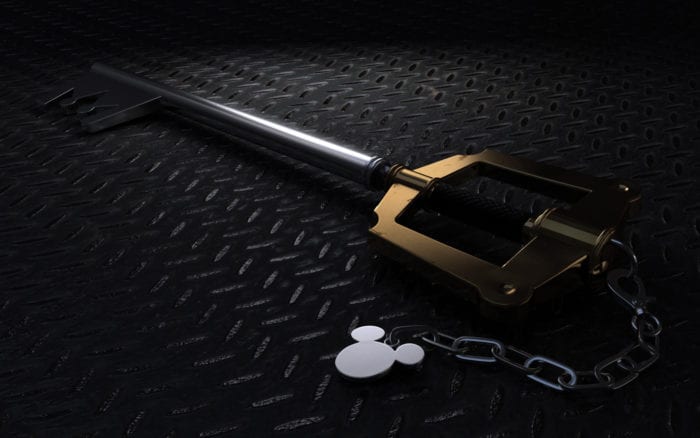 So tomorrow will bring the world a brand new Kingdom Hearts trailer according to the official Kingdom Hearts Twitter, and the timing couldn’t be more conspicuous. Why, you ask? This weekend happens to be the exact time when one of the most anticipated films of the year, Star Wars: The Force Awakens, is releasing.

Disney acquired Lucasfilm along with the mega sci-fi franchise back in October of 2012 for just over $4 Billion. Ever since then, they’ve been making power moves in order to restore it to glory and maintain its presence as one of the biggest names in entertainment. Why does this matter? Well, Kingdom Hearts is a game that mixes Disney properties with Final Fantasy and brand new RPG characters and worlds. And, over the past few months, they’ve been slowly drip feeding new announcements out into the wild. Announcements such as the Tangled and Big Hero 6 worlds, as well as transforming weapons.

We’ve seen Kingdom Hearts branch away from just the cartoon stuff with the addition of Tron Legacy and Pirates of the Caribbean worlds added into the fold in previous games. So there is a precedent for adding live action films to the growing roster of worlds and levels. On top of that, game director Tetsuya Nomura is a huge fan of Star Wars and has said that he would love to add the sci-fi universe to the latest installment of the beloved RPG franchise.

With Disney owning Star Wars now and partnering with Square Enix in the production of  Kingdom Hearts III there isn’t a better time than the release of the newest film in the franchise to introduce it to the Square Enix family. And as odd as it sounds, Star Wars would be the perfect fit for Kingdom Hearts, even when compared to other included Disney properties.

The light vs. the dark? Check. Planet hopping in fighter ships? Check. Really cool looking swords? Check again. Just imagine Sora landing on Hoth and unlocking a Lightsaber Keyblade. It glows in that telltale green, showing the rest of the universe his alignment. But, suddenly, you hear the sound of a respirator. A sound that Star Wars fans have come to love (or fear) over the years and you know that things are about to become even more epic.

Of course, Nomura and the rest of Square Enix could be throwing us for a complete loop and may announce nothing of the sort. For all we know it could be an announcement about the change in costumes for major characters, or how the Gummi Ships will work (if they’re still definitely a thing anyway). But that doesn’t sound wise for the game and its marketing right now. The folks developing the game are smart, very smart, and they’ll be aware of the correlations immediately being drawn between Star Wars and Kingdom Hearts. They could make any announcement at any time, so why make one right now? Why not give it a week or two?

All Lightsabers point to the reveal of a Star Wars world, and it would be foolish not to have that be the case. The marketing handles itself once you connect the two. All Square Enix would have to do is sit back and let the money roll in as preorders start up and millions of people await the inevitable release of a Lightsaber Keyblade replica.

Do the right thing, Kingdom Hearts. Show us that not only the Light but the Force, as well, lives in your world.

What do you think the announcement could be? Are you hoping for a galaxy far, far away too? Feel free to let us know your thoughts in the comments below.